Galway football boss Kevin Walsh said the scale of the challenge to conquer Connacht focused the minds and energies of his players after they outplayed Roscommon to lift the title on Sunday.

The Tribesmen were superb at MacHale Park as they captured their first provincial crown since 2008.

They ran all over the Rossies in a 3-16 to 0-14 victory, and Walsh admitted it was the climax of a period of extensive graft.

"At the start of the season Mayo was the prime game we were looking at," Walsh told RTÉ Sport.

"We'd an 11-week break, which was tough, but we used it as good as we could. We always felt we'd have to beat two Division 1 sides to win Connacht.

"We knew from the very start this was going to be a really really tough Connacht championship. If you see the target ahead of you is so tough, sometimes it can focus the mind."

"We always felt we'd have to beat two Division 1 sides to win Connacht."

The two counties played out a dour draw last week but Galway were a different animal yesterday.

Walsh praised his side's reaction, but warned they must keep their feet on the ground.

"Overall, the boys did push on, which is good. We asked the boys to express themselves. If anything went wrong, we said as management we'd back them up. If it was on, have a cut, and that's what they done. It worked out. Unfortunately for Roscommon everything we seemed to hit went over.

"We certainly hadn't planned on a replay and having to play Division 1 sides three times!

"It is important the boys take stock of what's an amazing achievement, but then tomorrow morning get stuck into it."

Roscommon joint-manager Kevin McStay had no excuses after his team were comprehensively beaetn.

They have just six days to pick themselves up for an All-Ireland qualifier against Clare.

"We never got going," McStay said. "Galway flew into it and had it wrapped at half-time. At half-time we were in there playing for pride and having an eye on Saturday at the same time.

"We tried to get something out of the second half. It was hard to see where we going to get it.

"We were just beaten in every position and have to take our hats off to Galway and say, 'well done'. It was a super effort by them." 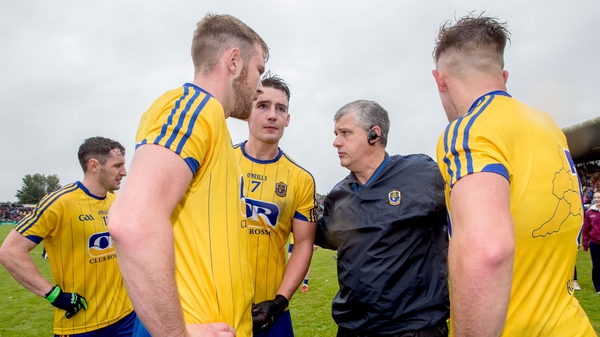 Roscommon have to deal with six-day turnaround in qualifiers