Ahead of this weekend's Ulster SFC final, we look back at Donegal's first Ulster title win in 1972.

Brian McEniff was player-manager as Donegal defeated Tyrone in the Clones decider by 2-13 to 1-11.

Indeed, McEniff was also player-manager when Tír Chonaill regained their crown in 1974 and was also at the helm for three more provincial successes and, of course, the county's All-Ireland success in 1992.

The crucial score in the game from 30 July 1972 came when Seamus Bonnar's long punt went through goalkeeper Kieran Harte's hands six minutes from time to give Donegal a lead they would not relinquish.

Watch live coverage of Donegal v Tyrone on RTÉ One television and the RTÉ Player from 1.40 on Sunday 17 July. Highlights of all the weekend's action on The Sunday Game on RTÉ Two from 9.30pm. 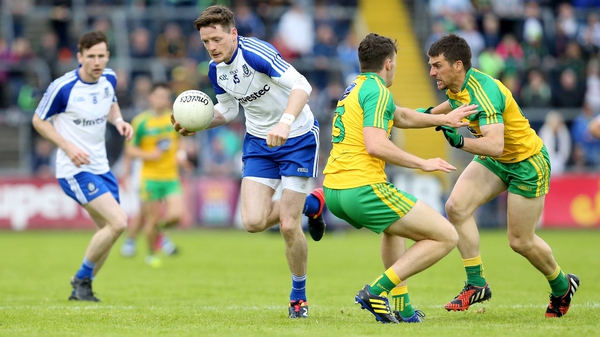