Fermanagh manager Pete McGrath was clearly frustrated with the awarding of a second-half penalty against his side in their All-Ireland SFC Round 2B qualifier defeat to Mayo.

Che Cullen was adjudged to have fouled Aidan O'Shea in the closing minutes of the McHale Park encounter. Referee Joe McQuillan pointed to the spot. It seemed a harsh decision, but Cillian O'Connor stepped up to expertly slot home the placed ball to set Mayo on their way to what was a hard-fought victory.

McGrath, while accepting that the westerners deserved their victory after forcing their way back into the game in the second half, was nevertheless disappointed that McQuillan made his decision at a key moment in the game.

Speaking to RTÉ Sport, he said: "In the overall contest of the game, the penalty was a defining moment. I'm not saying we would have won the game if it wasn't awarded, but it was an exceptionally soft penalty.

On looking at the incident in real time, McGrath added: "That was a dive, that was absolutely and totally a dive. How can a man go to the ground like that with the minimum amount of contact?

"I have every respect for Aidan O'Shea, he's a marvellous footballer but the referee bought that one hook, line and sinker." 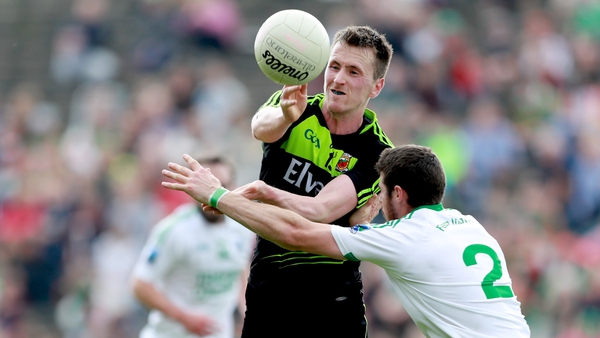