In the aftermath of Tipperary's loss to Kerry in the Munster football final, RTÉ pundit Joe Brolly feels that the Premier County should face into the qualifiers with some hope and added "that they would beat most teams left in it".

That, perhaps, will be no consolation to Liam Kearns and his troops as they reflect on their showing in Killarney.

Kearns had no qualms in saying that Kerry's extra strength on the bench made the difference, but also felt that Tipp had chances to leave more of an impression on the scoreboard.

Speaking to RTÉ Sport, the Listowel native said: "I thought it was a decent performance but we were found wanting in a few areas and Kerry just had that touch of class.

Look at their bench - David Moran, James O'Donoghue and Anthony Maher - all All Stars and All-Ireland winners ready to come on. We don't have a bench to compete with that.

"They also had that touch of class up front and Paul Geaney caused us a lot of problems. We never really got to grips with him. We also missed a couple of goal chances and there was a couple of more points in it for us."

Kearns was also disappointed that Tipp didn't build on the advantage given to them by Jimmy Feehan's first-minute goal.

"We were happy with the start but you got to build on that and we didn't quite build enough," he said.

"We opened them up pretty well and Jimmy took his goal well.

"However, the two goals we gave away in the first half were killer blows, especially in a period where Kerry had so many players behind the ball, a tactic that surprised me given that they were playing with the wind in the first half."

Trailing by six at the break, the Premier boss was keen for a positive start to the second period, but was frustrated by the failure of his side to take their chances.

"We missed three scores after half time and then they get a point with their first attack. We really needed a score then." 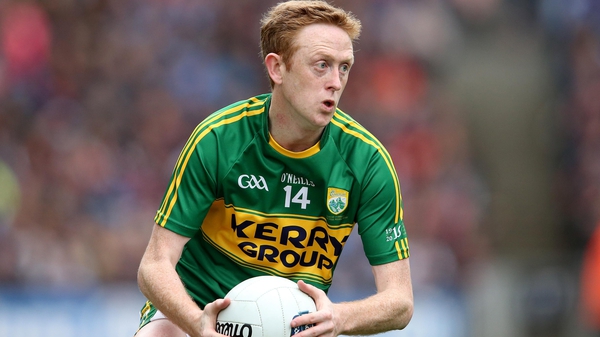