The Premier County also conceded an injury-time goal to Limerick sub Tom Morrissey but held on to win by two points and set up a repeat of last year’s provincial decider with Waterford.

That clash will take place on 10 July and this battle should serve Tipp well as the 14 men dug in against a Limerick side that, in truth, never looked like winning.

Michael Breen’s two early goals proved crucial for Tipp and Noel McGrath also came to the fore in the second half for the hosts, popping over three points in front of 25,531 spectators.

On a miserable afternoon, Tipp held firm and produced a magnificent shift defensively in the second half, repelling whatever Limerick could throw at them.

But the Shannonsiders didn’t commit enough bodies forward in search of a comeback and while they were just a point down approaching half-time, 0-11 to 3-3, the closest TJ Ryan’s charges came to their opponents in the second half was two points when Morrissey netted in stoppage time. 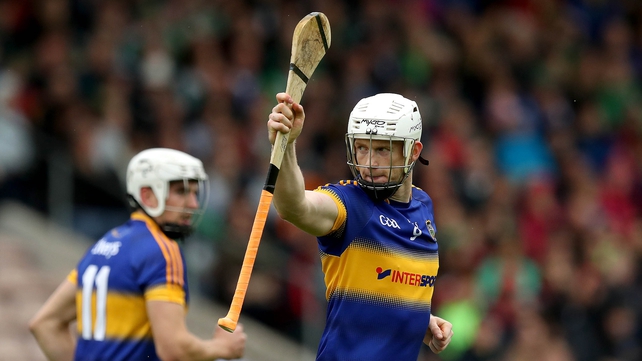 In truth, Limerick rarely looked like winning this one and despite their numerical advantage, Gavin O’Mahony operated as a spare man defensively as TJ Ryan’s charges seemed reluctant to commit bodies forward.

Limerick were just a point down approaching half-time – 0-11 to 3-3 – but the closest they came in the second half was right at the death, when Morrissey found the net.

Tipp were six points clear – 3-11 to 0-14 – with six minutes left and more comfortable than they ought to have been a man light.

At half-time, Tipp were 3-5 to 0-11 clear but as a consequence of the sending-off, the home side went without a score from the 11th to 24th minutes and in that time, Limerick worked their way back into contention.

At the midway point, Breen had 2-1 to his name and Callanan was a constant threat up front, contributing 1-4 in the first half.

But Callanan was the only one of Tipp’s six starting forwards to trouble the scoreboard operator before the interval as Limerick, in contrast, had four of their front sextet on target with scores from play.

Limerick hit the front with a Shane Dowling free but Breen pounced for his first goal in the sixth minute, picking up the pieces after his attempted hand-pass to Callanan was intercepted.

Limerick struggled to clear their lines and as goalkeeper Nickie Quaid and full-back Dan Morrissey dithered, Breen stuck in a hurl and touched the ball home.

Three minutes later, Breen struck again as Callanan’s shot was shovelled into the air by Quaid and the midfielder reacted quickest to flick the loose ball into the Killinan End net.

It was a dream start for Tipp and they were 2-1 to 0-3 clear when O’Dwyer saw red for a senseless swipe on another of Limerick’s debutants, Richie English. 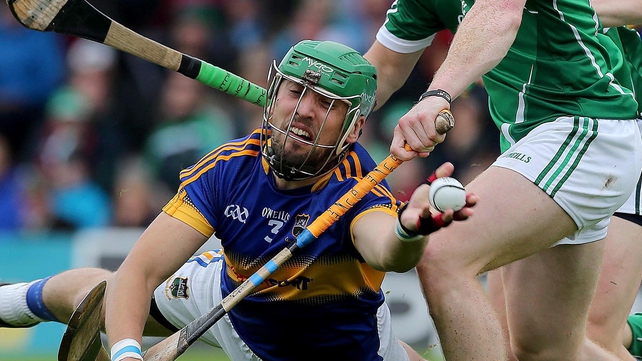 Referee James McGrath was left with no option and O’Dwyer’s dismissal left Tipp with an uphill task.

In the Limerick reshuffle, O’Mahony played that spare man role while up front, Cian Lynch was enjoying some good moments operating as an auxiliary midfielder.

Limerick worked their way back to within a point, 0-6 to 2-1, before Breen ended Tipp’s 13-minute barren streak.

Lynch and Callanan (free) traded scores before Noel McGrath latched onto a loose ball and picked out Callanan, who buried a low drive beyond Quaid.

Tipp were now five points clear again, 3-3 to 0-7, but their numerical disadvantage was an obvious hindrance and Limerick never felt like they were too far away.

Still, they didn’t show the necessary belief or adventure in the second half to push for the win as Tipp march on, with Limerick sent to the qualifiers. 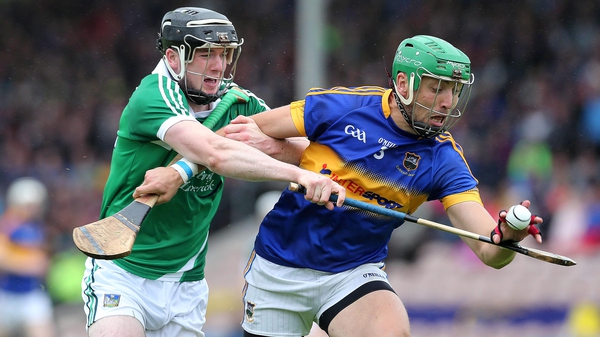