ONLINE
Live blogs on all the weekend's action from 1645 on Saturday and 1330 on Sunday on www.rte.ie/gaa

Sunday
1340 Donegal v Fermanagh and Roscommon v Sligo live on RTÉ One and RTÉ Player. Highlights of all the weekend's action on The Sunday Game on RTE One from 9.30pm.

WEATHER
Saturday: There will be some sunny spells but overall a good deal of cloud. A warm, humid day with temperatures of 18 to 22 degrees in light southerly breezes. During the late evening and Saturday night outbreaks of rain will slowly move in from the Atlantic.

Sunday: There will be some sunny spells but overall it will be a mostly cloudy day with scattered outbreaks of rain. Mild and close with temperatures of 17 to 20 degrees in light westerly breezes. Turning fresher in western areas later. 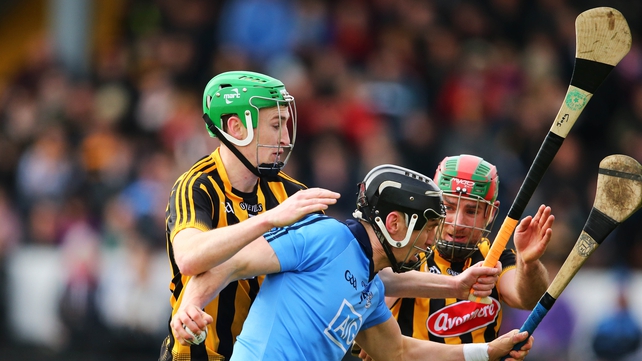 The Leinster and All-Ireland champions finally enter the fray, facing the last side to beat them in provincial combat. After missing the league semi-final defeat to Clare, the Cats welcome back the Fennelly brothers - Michael and Colin.

Dublin were impressive winners over a below-par Wexford in Croke Park last month. And while RTÉ analyst Tom Dempsey feels "they have an inconsistency about them", he nevertheless was impressed with Niall McMorrow, David O’Callaghan, Mark Schutte, Eamonn Dillon and Liam Rushe and added that U-21 star Eoghan O'Donnell is "a serious, serious talent."

Ger Cunningham's side will have looked at Clare found a way in for goals against Kilkenny in the league semi-final. You'd expect Kilkenny to have addressed such leaks ahead of what should be a full-blooded contest at O'Moore Park. Bar Richie Hogan, they have a near full-strength side and they should progress to the 3 July final 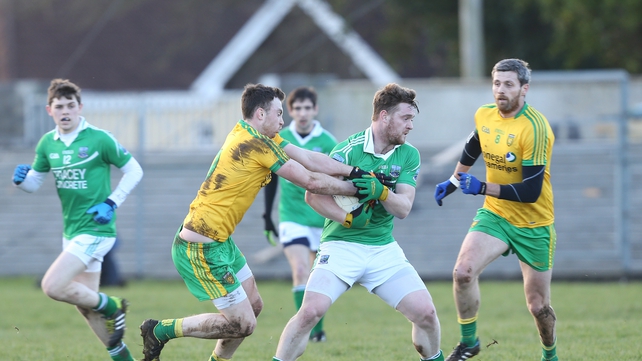 Donegal begin their quest to reach a sixth consecutive Ulster final. For Fermanagh, it's another step on their journey to win a maiden provincial crown.

Rory Gallagher, who played for seven years with the Ernesiders, is in his second year at the helm in Donegal and strongly refutes the notion that his side are ageing.

He told RTÉ Sport: "We don’t pay too much attention to people saying some players are past their prime.

"They’ve been saying that for a few years, they’ve been expecting some of our lads to retire the last three years but the majority of them are still there. We feel we’ve prepared really well."

Pete McGrath spoke passionately after the defeat to Dublin last year about making that step up to at last winning an Ulster title. It's a tough ask, with high-flying Monaghan next up if victory is achieved in Ballybofey.

There are doubts surrounding Donegal, but Gallagher has freshened things up and you get the sense that all involved had their eye on the summer once their top-flight status in the league was secured at the end of February. The neighbours and great rivals meet in the Leinster championship for the first time since the 2010 provincial final when a controversial late goal edged Meath to victory. The Royals also prevailed in the 2011 All-Ireland qualifiers.

Of the pair, Louth probably feel better about themselves after winning promotion from Division 4, while Meath's Division 2 campiagn was up and down to say the least, with the heavy defeat against Cavan a worry. 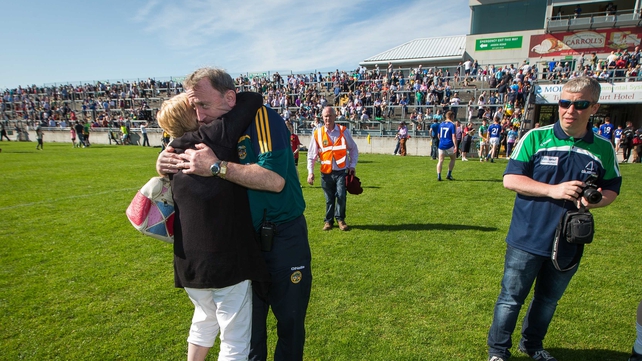 Offaly are bidding to win two successive games in the Leinster championship for the first time since 2006. Pat Flanagan certainly seems to be getting a decent tune from his charges and many fancy the Faithful to reach a first semi-final since '07.

Westmeath carry with them unwanted stat of three successive league campaign where they've suffered relegation and they will begin 2017 in Division 4.

However, they recently hammered Louth in a challenge match and if they can rediscover the form that saw them trump Meath last year, then they should have enough to win what could be the match of the weekend. 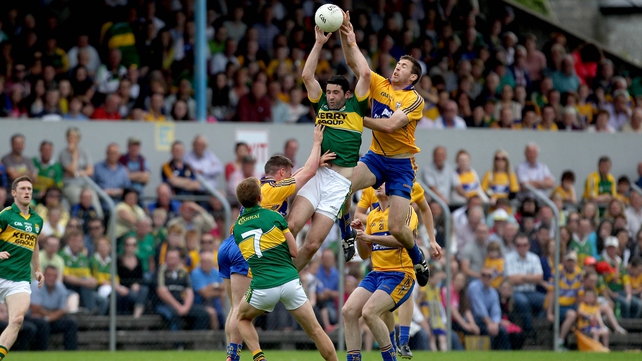 Clare weren't overly impressive in seeing off Limerick the last day as the county looks for a first championship win over the Kingdom since they claimed Munster in 1992.

Kerry, after their trimming by Dublin in the league, will be out to make a solid start to the campaign. Éamonn Fitzmaurice has added about a dozen new faces to the panel and according to Tomás Ó Sé "Kerry should have too much quality for Clare".

Kerry to win, but Colm Collins' and Clare, as they did in Ennis in 2004, should again prove doughty opponents. 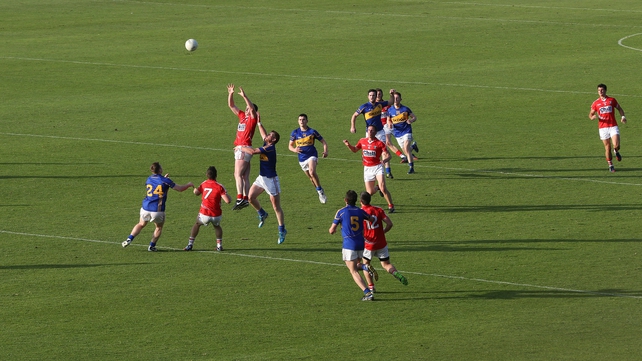 Tipperary came close to causing a shock against the Rebels two years ago - four unanswered points late on got Cork over the line. With home advantage on Sunday, can Tipp record a first championship win over their opponents since 1944?

Well, their cause hasn't been helped with key players opting for hurling and Colin O'Riordan making the switch to Aussie Rules. Tipp's league campaign in Division 3 didn't pull up may trees either.

Cork tried out 35 players in the spring campaign and even though they were relegated, they did show well in some of their games. For them it's all about consistency in performance - they have many talented players - and they should have enough to prevail at Semple Stadium. 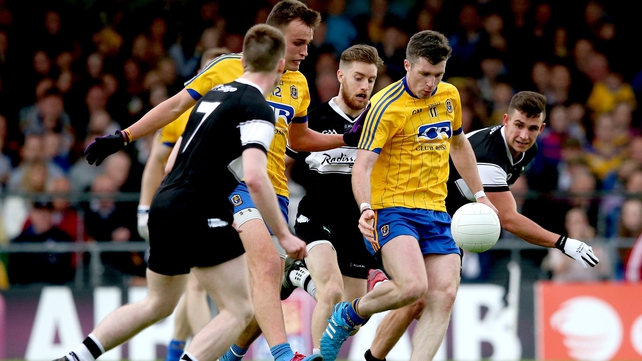 Much of the talk, however, is about whether Roscommon can exact revenge on the Yeats County after being surprisingly turned over by Niall Carew's men at the same stage last year.

The prevailing is that they will. Speaking ahead of the game, former Mayo star John Casey told RTÉ Sport: "When you factor in the ambush Sligo had in waiting in Markievicz Park last year, that will surely eradicate any form of complacency this time around for Roscommon.

"They will want to make amends for last year. With home advantage, I expect them to cover the five-point handicap against a Sligo side missing the likes of Brian Curran, Ross Donovan and David Kelly, though the return to full fitness of Adrian Marren is a boost."

An interesting stat is that there hasn’t been more than four points between the counties in any of their last eight championship games. 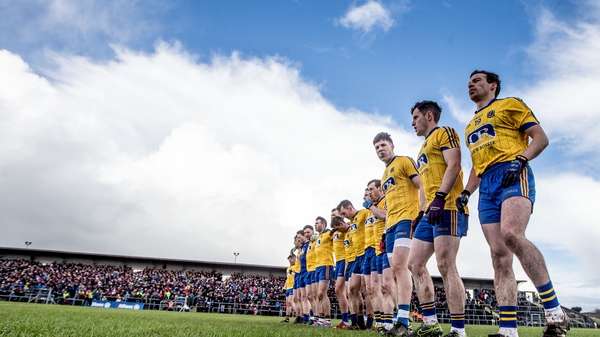