Former Meath boss Seamus McEnaney has criticised the Down management team after their humbling Ulster championship exit to Monaghan.

The Mourne men were obliterated by the reigning provincial champions in the second half at Clones on Sunday, and McEnaney reckons the blame for the 2-20 to 0-9 defeat lies with the failure of Eamonn Burns and his selectors to put the strongest Down team on the field.

Instead, Burns was forced to hand out 10 championship debuts in a side that proved little more than cannon-fodder for an experienced Farney outfit.

"There's something, I believe, seriously wrong," McEnaney told RTÉ Radio 1's The Marty Squad. "Ten debutants is not something you'd associate with Down.

"I can't remember an Ulster championship match where a team produced 10 debutants the one day.

"I don't ever remember Down getting the humiliation of a beating they got today in the second half. It's their worst ever championship defeat.

"(Monaghan's) Dick Clerkin and Paul Finlay have more championship appearances between the two of them than the entire Down panel, that's an unbelievable statistic.

"I could rhyme off 10 players Down are missing - Marty Clarke, Caolan Mooney, Dan Gordon, Paul McComiskey, Niall Madine, Benny Coulter, Danny Hughes, the two Johnstons - they're top-class inter-county players that should be available to play for Down and they're not.

"Now there are varying reasons - I think the Johnstons are injured - but I'd have read articles about Benny Coulter and it looked to me like Benny was waiting to be asked to come back but he wasn't asked.

"You certainly wouldn't [give them much hope in the qualifers] and you feel it might be 14 and at least eight more. It could be 22 months they could go without winning a game, it's a difficult slide.

"People say Down is in transition but I don't buy into that at all. Why would you release players of the quality of these senior players and not even keep them as playing subs? 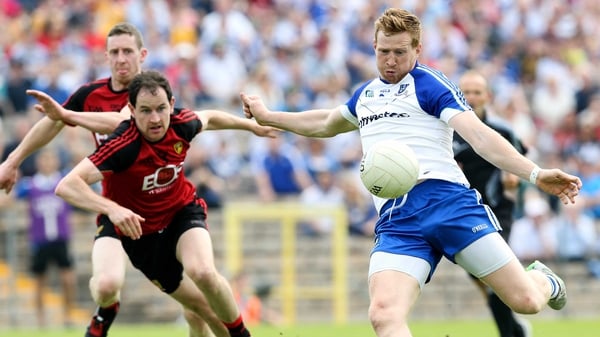