As expected, Dublin began their quest to win a sixth Leinster title on the trot with a comfortable win over Laois on Saturday evening at Nowlan Park.

Indeed, before that victory on Noreside, many have been asking who out there can unsettle the Dubs in the weeks and months ahead.

Speaking on The Sunday Game, former Kerry star Tomás O Sé believes "it will be hard to beat Dublin"  and added that Stephen Cluxton remains a vital component in the Dubs' masterplan.

"Of all the players they have, Cluxton is key", said O Sé.

In assessing the Parnells clubman's worth to the All-Ireland champions, the RTÉ analyst, not for the first time drew attention to his kickout strategy.

"If Laois kicked a wide or a score, Cluxton was running for a ball and placing it. At the same time the Dublin defenders were making themselves available. They don't have to kill themselves by trying to force a kickout or fighting for possession around the middle of the field.

"When Dublin do get possession they are so comfortable with it, they have so much pace in their running and are brilliant to watch. It's amazing to see them in their pomp." 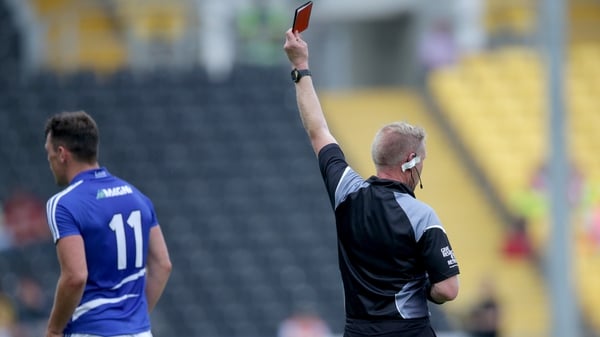 Dean Rock on song as Dublin ease past 14-man Laois