Kenny Feeney starred with a 1-9 haul as Mayo won their first Nicky Rackard Cup title with a 2-16 to 1-15 win over Armagh at Croke Park.

Darren McTigue scored an early Mayo goal, but Armagh fought back with scores from Ryan Gaffney, Declan Coulter and David Carville, with the sides level on 0-9 to 1-6 at the interval.

Feeney’s 57th-minute goal put three between the sides, and while Gaffney brought the sides level, the westerners finished with superb scores from Feeney, Sean Regan and Corey Scahill.

Mayo got off to a flying start with a goal inside the opening three minutes. Sean Regan, Darren McTigue and Shane Boland combined in a well-worked build-up, and it was McTigue who drilled the ball past Simon Doherty.

After a slow start, the Orchard men began to get to grips with the midfield battle, and fought back with scores from David Carvill, Ryan Gaffney and skipper Cathal Carvill 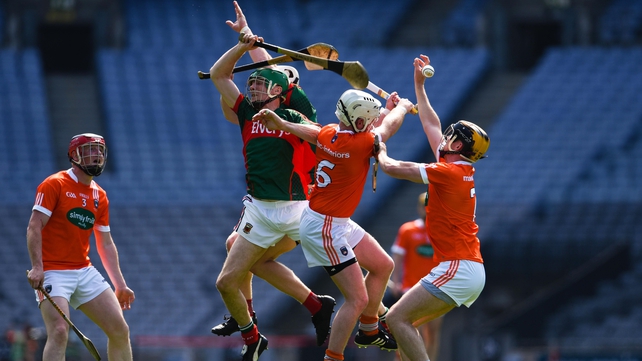 However, with Keith Higgins and Gerard McManus providing a solid platform at the back, the westerners survived a series of attacks, aided by some poor shooting from the Ulster men.

They pushed forward on the counter-attack, hitting the target through Joe McManus and Kenny Feeney, before Sean Regan’s long range score pushed them four ahead in the 21st minute.

Kieran McKernan and John Corvan helped Armagh step up the tempo in the second quarter, with Declan Coulter narrowing the gap.

Brian Hunt was a rock in the Mayo defence, but his slip allowed Coulter in to let off a shot, which was superbly saved by Donal O’Brien, with Ryan Gaffney converting the resultant ’65.

Armagh were stretching their opponents along the flanks with the pace of Conor Corvan and Gaffney, and they went level on the half-hour through Coulter.

And despite hitting 11 wides, they were still level by the halfway stage, Coulter’s third point cancelled out by Feeney.

It was 0-9 to 1-5 at the break, but Armagh had the ball in the net inside the opening minute of the second half, Eoin McGuinness finishing clinically after Coulter had made a searing run through the heart of the Mayo defence. 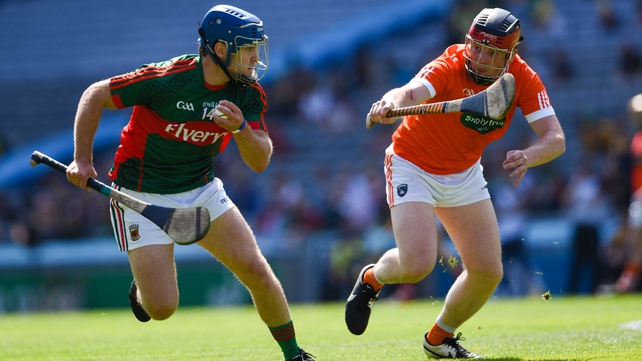 Mayo’s response was defiant, and three points in the spin from Shane Boland, Feeney and substitute Fergal Boland had them back level.

Both sides faltered when it came to executing scores from decent positions, but Armagh eased back in front through Coulter and Gaffney.

They were looking good as the game slipped into its final quarter, but Mayo found another gear, with Cathal Freeman and Keith Higgins providing the impetus from deep.

In the 57th minute Feeney rose high to fetch, turn and blast to the net for a three points lead, but once again, the Ulster men retorted, three more points, the best of them from Coulter, brought the sides level.

That was as good as it got for Armagh, and an imperious Mayo shot some spectacular points in the closing stages, from Feeney, Sean Regan and substitute Corey Scahill, while Gerard McManus and Freeman starred in a shut-out at the other end as Armagh went in search of a goal. 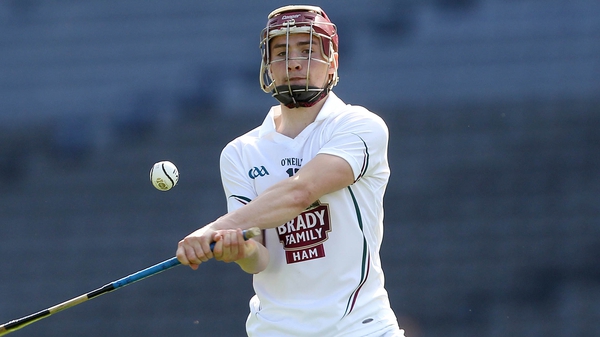