Westmeath county board chairman Sean Sheridan has revealed there were tears in the eyes of the overwhelmed supporters who witnessed the midlanders' stunning 1-11 to 0-12 Leinster Under-21 victory over Kilkenny on Wednesday night.

The inspired hosts produced a monumental result against the Cats in dramatic fashion at Cusack Park, as Eddie Brennan's side missed a late penalty that would have snatched victory.

Sheridan paid tribute to the players after an emotional night in Mullingar, but insisted they'll keep their feet on the ground.

"It's a fantastic feeling," he told RTÉ Radio 1's Morning Ireland. "I want to compliment all the young lads who hurled with passion and spirit in the Westmeath jersey.

"It was a bit scary at the end but there were a few tears in the stands."

"It's great credit to them lads that the amount of work they've doing under new management and their selectors.

"Grown men and ladies had a tear in the eye. It was a bit scary at the end but there were a few tears in the stands.

"It would have been an injustice to the players of Westmeath if that had been scored. It was a bullet of a shot but it was inches wide."

Westmeath have either Dublin or Wexford next up, with Sheridan calling for cool heads and renewed focus.

"We'll take one step at a time," he added. "We were working hard to focus on Kilkenny, we achieved that. We'll wait on the outcome of Wexford and Dublin.

"I believe it could be a Mullingar venue but whoever it is is we'll take that game as it comes." 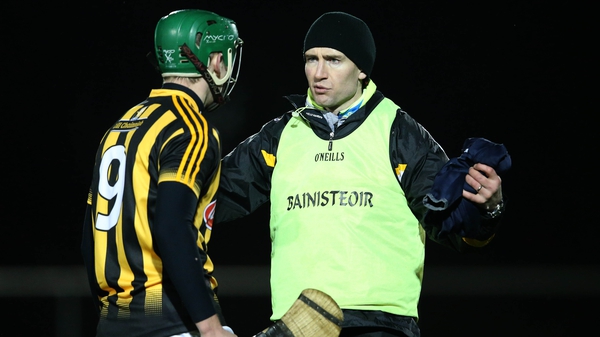