Former Tyrone defender Ryan McMenamin has earmarked Tiernan McCann as a key component of the Red Hand’s attacking strategy ahead of the Ulster SFC with Derry (2pm).

The three-time All-Ireland winner says that a visit to Celtic Park to face their provincial rivals is always a tough ask as Mickey Harte’s men begin their quest for a first Ulster title success in six years.

Their hosts have not lifted the Anglo-Celt Cup since 1998 but Tyrone come into the game buoyed by their unbeaten Allianz League campaign that saw them earn promotion to 1A.

McMenamin, who won five Ulster titles during a decorated career, has ear-marked the versatile Killyclogher St. Mary's man as a key figure in the starting team.

“Tiernan McCann has probably developed into one of Tyrone’s better players,” he told RTÉ Sport.

“He’s vital to Tyrone, he’s fantastic at getting up and down the field and vital to the counter-attacking.”

McMenanmim suggests that Derry are likely to funnel numbers back in order to keep tabs on a potent inside forward line at Harte’s disposal.

“I think Derry will definitely be looking to try and stop those two boys and will look to flood the defence and play a lot of men behind the ball.”

Derry manager Damian Barton is aware of the size of the challenge but is confident a good team performance and the incentive of a semi-final date with either Cavan or Armagh could be enough to see his team through.

“I think it’s going to be a classic counter-attack game. Typical of a lot of teams now, Tyrone like to get people back and counter-attack,” he said. 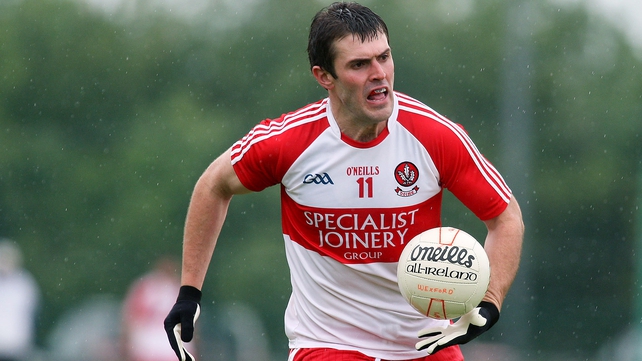 “We’ll have to repel that but at the same time score well into double scores to win this game.

“Tyrone have a huge amount of talent and play with an awful lot of confidence. It’s up to us to dent that confidence. Tyrone have to come to Derry and beat us.

“I don’t see us as underdogs in any shape or form.” 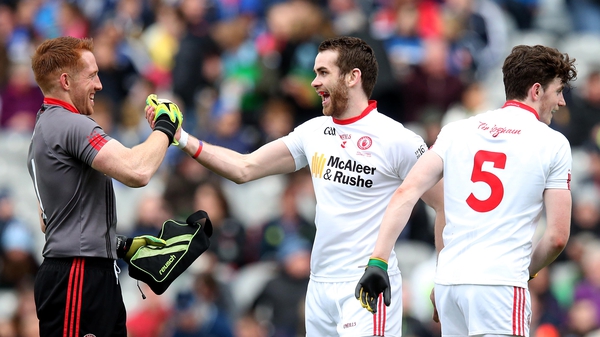