Niall Smith scored the crucial goal as Offaly booked their place in the Leinster quarter-final with a resounding 2-21 to 2-13 Round 1 win over Longford at O’Connor Park in Tullamore.

These sides had met twice in the last two championship seasons, with Longford coming out on top on both occasions, however Pat Flanagan’s men got revenge and their first win in Leinster since 2007.

It was 10 June nine years ago when they defeated Carlow 2-19 to 3-7 in the Leinster quarter-final, a year after they reached the provincial decider where they were edged out by Dublin.

They will be full of confidence as they clash with Division 4 outfit Westmeath next time out, on the easier side of the draw, where they cannot meet All-Ireland champions Dublin until the final.

It was 1-12 to 1-06 at half-time, Barry McKeon scored Longford’s goal in the first-half and Graham Guilfoyle hit back for Offaly.

And when Brian Kavanagh missed a penalty in the second-half there was no way back, as Smith sealed the win. Robbie Smyth scored a consolation goal for Longford. 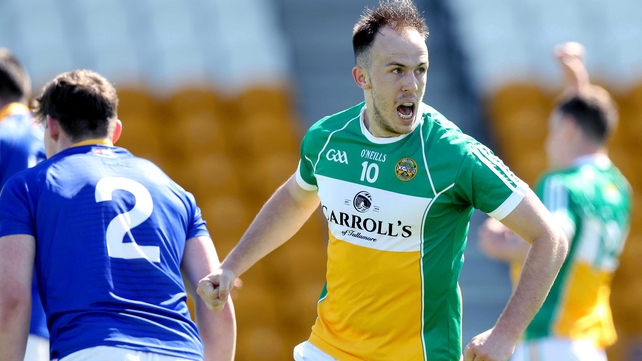 The game started five minutes late due to crowd congestion and it was Offaly who used it to their advantage as they kicked three of the first four points.

Bernard Allen got their account up and running inside the first minute and Nigel Dunne added a point before Robbie Smyth hit back for Longford. Eoin Carroll slotted Offaly’s third point before the hosts were hit with a sucker-punch goal in the sixth minute.

It looked like a routine save from captain Alan Mulhall when Barry McKeon sent in a speculative shot from distance, but the ball bounced up and over his head, and into the open net.

James McGivney added a point and all of a sudden Offaly were two points in arrears, but Guilfoyle hit back with a tonic goal moments later. He drove through the heart of the Longford defence after he collected a ball from Joey O’Connor, to slot into Paddy Collum’s bottom corner.

Smyth and Niall McNamee traded points before Longford hit three in a row to take a 1-6 to 1-4 lead after 17 minutes. Smyth (twice) and Darren Gallagher both found their range and Longford grabbed the momentum, but it wasn’t for long. 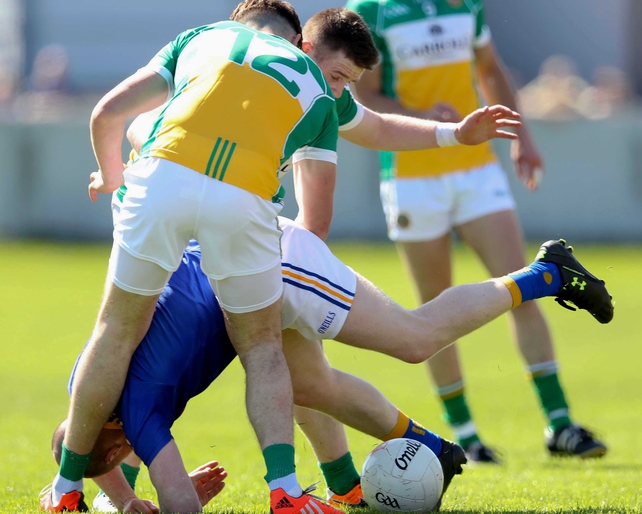 Allen’s 21st points signalled Offaly’s fightback, and they blitzed Longford with eight unanswered points before the break as they took a strange-hold on the game.

Allen brought his tally to four, McNamee kicked his second and third, while Niall Smith, Peter Cunningham and Nigel Dunne also scored, as Offaly led by six at half-time.

And when Brian Kavanagh’s penalty was pushed onto the post by Mulhall, eight minutes into the second-half it was a huge boost to the Offaly cause as the Longford heads dropped.

Smith got Offaly’s second goal in the 56th minute, Robbie Smyth hit back in four minutes later but Offaly still held a 2-17 to 2-10 lead and they cruised to the victory. 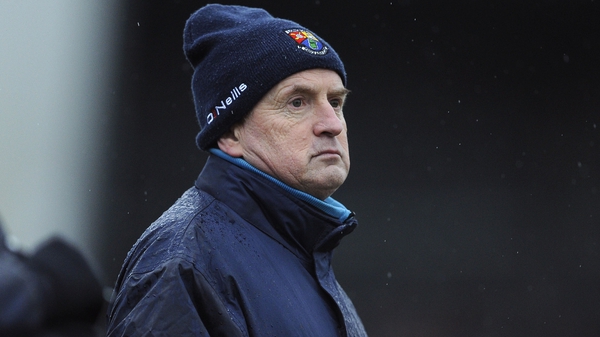 Longford ready to fight against the odds GAA

Leonard to the fore as Galway beat Waterford in deluge