Louth manager Colin Kelly is confident his side "won't get caught up in the emotions" of a Leinster Championship showdown with old rivals Meath after they overpowered Carlow to set up a mouthwatering collision.

Kelly's men were far from flawless in a 2-24 to 3-11 win in Portlaoise, leaking far too many scores for his liking, but the former Newtown Blues and Dreadnots man saw enough to believe his side are moving in the right direction.

It's the Royals up next, with the pain of that infamous 2010 provincial final defeat still deeply felt in Louth, and Kelly has called for cool heads in the heat of battle.

“It’ll bring attention for obvious reasons but for us it’s just about going through the process," he said. "We won't be getting caught up in the emotions of what’s coming next.

"It’s a great trait to have in a team to battle back and deal with whatever is thrown at you." - Colin Kelly

“I felt offensively [against Carlow] we were excellent, some of the scores we got were very good and we broke lines at certain times.

"You’d have to look at conceding 3-11 but for me the most pleasing aspect of it was every time our momentum was checked by Carlow we responded in a proper fashion. Obviously we’ll have to look at the goals we conceded and go back to the drawing board to try and cut those errors out."

Ryan Burns notched 1-07 to help the Wee County over the line a topsy-turvy encounter. Carlow gave their opponents some nervy moments, but Kelly was impressed with how his team responded when things weren't going their way.

"When you go in as overwhelming favourites as we were, guys can get caught up in that but as we said with us it’s about the process," he added.

"As long as we stick to that and not get caught up in the outcome we feel we can compete. It’s a great trait to have in a team to battle back and deal with whatever is thrown at you." 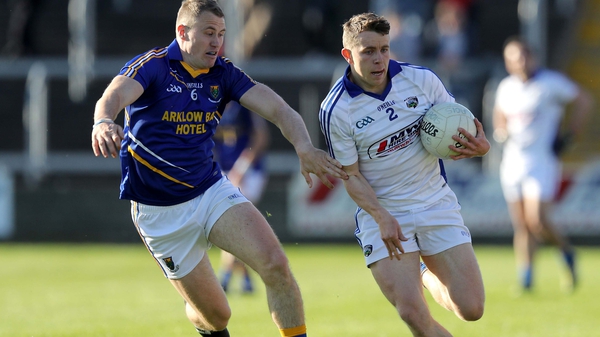 As it Happened: Saturday's Leinster Championship action 14 May