Offaly manager Eamonn Kelly has hit out at the personal abuse the players and management have been subjected to following their 14-point drubbing at the hands of Westmeath.

The Faithful County got their Leinster campaign back on track after they defeated Carlow 1-17 to 2-11 in the round robin series at O’Connor Park after the heavy defeat.

The victory was earned against 13 men as Diarmuid Byrne and Hugh Paddy O’Byrne were given straight red cards in the closing stages and played in front of just 950 spectators.

The Westmeath defeat has caused ripples throughout the game and former county player Brian Carroll admitted Offaly are "a long way off the glory years".

Speaking to The Irish Examiner, Kelly admitted that the lead-up to the Carlow match was one of the most difficult he has ever had to endure as a coach and revealed that some players have left the panel since the Westmeath debacle.

“I don’t ever want to have a week like it again, where you have cowards ringing you off private numbers and the stuff that got thrown at me over social media,” he said.

“We had three lads walk away with the comment they didn’t like where this thing is going and that they don’t want to be associated with it.

“What you have left in the dressing room are very honest fellas, and they’re working very hard."

Offaly must beat Kerry in the final round-robin fixture to book a place in the quarter-finals of the Leinster championship. 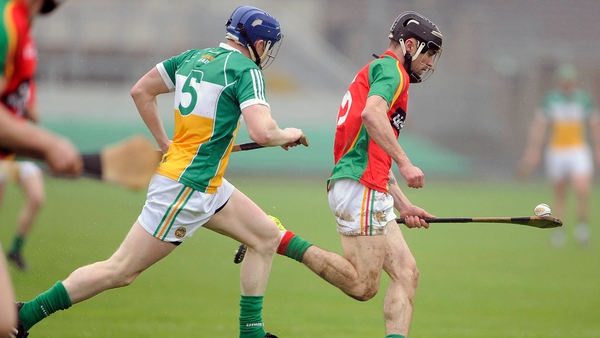 Dooley haul helps get Faithful back on track GAA