RTÉ is to broadcast 31 live Championship football and hurling games on television this season, with extensive coverage on radio, while the sports website and the RTÉ News Now app will provide live updates on all matches.

"The GAA Championship is a unique sporting and cultural experience that RTÉ is proud to share with the Irish public across all our platforms," Group Head of RTÉ Sport Ryle Nugent said ahead of the launch on RTÉ Radio 1’s Sunday Sport from the birthplace of the GAA, Hayes Hotel in Thurles, where Clare met Waterford in the Allianz League final replay.

"It is particularly fitting to be announcing details of our coverage on a game day in Thurles as we look forward to a summer of Sundays just like this.”

This year RTÉ One television will be the home of the Sunday Game Live with Michael Lyster anchoring a comprehensive package of 31 live games in High Definition.

The Sunday Game Live throws-in for the first time this year on 22 May with an exciting double-header with Derry v Tyrone in the Ulster Championship from Celtic Park, Derry followed by Cork v Tipperary in the Munster SHC quarter-final from Semple Stadium.

Now in its 38th year, Ireland’s premier GAA television programme, The Sunday Game, will return next Sunday, 15 May on RTÉ2 with presenter Des Cahill in the chair.

The Sunday Game will have highlights of up to 100 games throughout the season providing definitive analysis every single Sunday of the Championship summer.

RTÉ Radio will offer the very best action with a comprehensive range of commentary and analysis right through the Championships.

RTÉ Radio 1 will have exclusive national coverage of the top match every day on Saturday Sport and Sunday Sport. There will be full commentary on more than 30 matches across the season as well as reports and updates from every other match.

Our team of commentators will include Ger Canning, Darragh Maloney and Pauric Lodge as well as our GAA correspondents, Marty Morrissey and Brian Carthy.

These will be joined in co-commentary and analysis from some of the biggest names in hurling and football of recent years.

In addition to all the live action, Brian Carthy’s magazine programme, The Championship, will return to RTÉ Radio 1 on Fridays at 10pm and from next Sunday the Marty Squad returns, live from Tullamore, with an extra hour of interviews, analysis and reaction after 6pm each Sunday, giving experts and fans their chance to air their views. 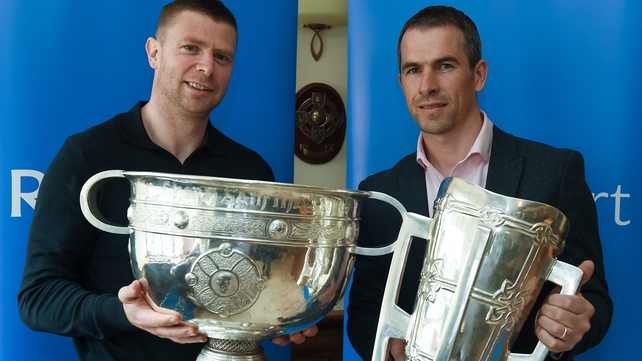 RTÉ Radio 1 bulletins throughout the day on Morning Ireland, Today with Sean O’Rourke and Drivetime will also have all the breaking news and all the issues that matter to the fans who follow the Championship, with extensive analysis and debate featuring also on RTÉ 2fm’s daily sports programme, Game On.

RTÉ Raidió na Gaeltachta will broadcast up to 40 football matches, and more than 20 hurling games, with live commentary, reporting and analysis across its sports programmes.

The weekend sports schedule is Spórt an tSathairn at 2pm on Saturdays and Reacaireacht an Tráthnóna at 6.30pm for evening fixtures.  On Sundays, Spórt an Lae is broadcast at 2 pm, and a roundup of results can be heard in Spórt an Domhnaigh at 7pm. 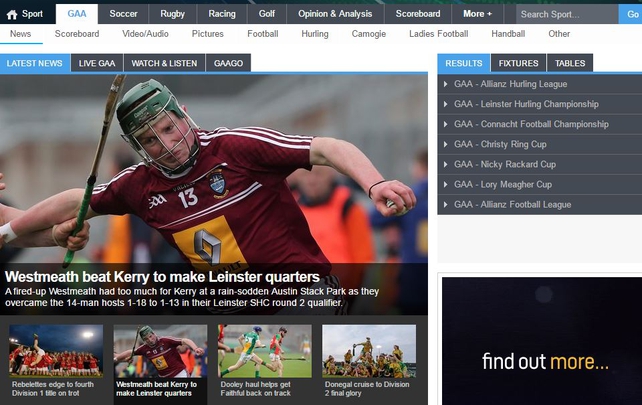 Across its digital platforms, RTÉ Sport will have coverage of every moment of the Championships, with reporters at every single game in 2016 and live updates on every score via RTÉ.ie and the RTÉ News Now app.

Each week there will be columns from RTÉ Sport's unrivalled cast of analysts, including Richie Power and Dessie Dolan, as well as features, videos and a weekly Championship podcast on iTunes and Soundcloud.

Fans around the world can keep up to date on every game via @RTEgaa on Twitter, join the debate on the Sunday Game Facebook page and watch the best of the analysis on RTÉ Sport's dedicated YouTube channel.

All summer long, the Sunday Game on Instagram will capture the best photos and moments of the Championship. Fans can tag their photos #sundaygame – with the best pictures featured on RTÉ Sport.

For GAA fans living or travelling abroad, the 2016 GAA Championships can be watched anywhere in the world with GAAGO, RTÉ and the GAA's online streaming service for Gaelic games outside of Ireland.

With GAAGO, subscribers can access over 120 events, including the Championships and The Sunday Game highlights show with events available to watch live and on-demand on any internet-enabled device. For more see GAAGO.ie

All games live on RTÉ One