By Jackie Cahill at Parnell Park

Following in the footsteps of Eamonn Ryan was never going to be a simple task but despite a sluggish start to the 2016 League campaign, Fitzgerald masterminded a 10th top-flight title in 12 seasons for Cork.

They ground it out against Mayo at Parnell Park, Orla Finn the star of the show with six points for the winners, including five in the second half and three from play.

Cork opened up an early six-point lead and it was a deficit that Mayo could never close.

They managed to get to within three late on but never closer as Cork warmed up for next Sunday’s Munster championship opener against Waterford by securing yet another national crown. 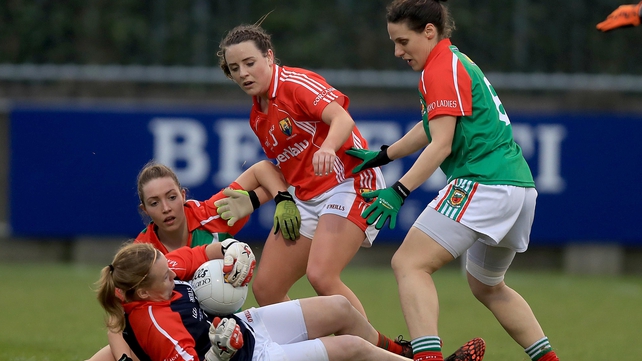 There were worrying scenes during the second half as skipper Ciara O’Sullivan was stretchered off and the game delayed for ten minutes.

O’Sullivan has suffered cruciate knee ligament damage twice in the past but Fitzgerald indicated after the game that the Mourneabbey forward was badly concussed after knocking her head off the turf.

The writing was on the wall early for Mayo, as Cork moved 1-3 to 0-0 clear within ten minutes.

At the break, Mayo had clawed back the deficit to trail by 0-3 to 1-4 but Cork managed to keep the Westerners comfortably at arm’s length throughout the second period.

Mayo had their chances, though, and plenty of possession but they suffered with poor shot selection and a total of 11 wides – eight in the second half.

From the start, Mayo were slow to settle and Cork led from the moment Rhona Ní Bhuachalla, in from the start in place of Orlagh Farmer, kicked the opening score of the game.

The Leesiders sliced their way through the Mayo defence with slick inter-passing, leaving Ní Bhuachalla with the simplest of tasks from close range. 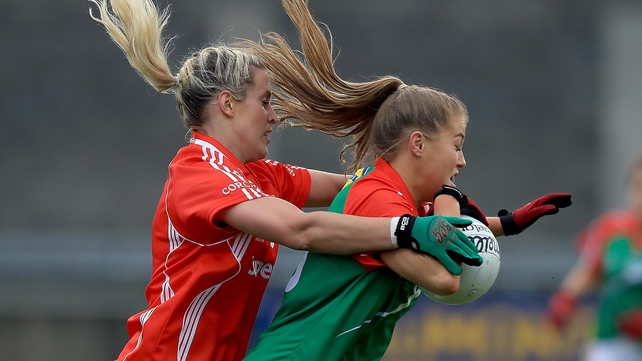 Mayo finally opened their account in the 13th minute, with Cora Staunton converting a free.

But with Cork flooding their defence with bodies, Mayo were struggling to pick their way through.

Staunton kicked a vintage point from play a minute after her free before Sarah Mulvihill’s point had Mayo back to within a goal.

Orla Finn’s 18th minute free had Cork four clear again but the remainder of the first half was scoreless.

Finn and Staunton kicked some delicious points between them but Mayo’s wait for a first Division 1 title since 2007 will continue for at least another year.

For Cork, it’s more silverware in the bag and it would take a brave punter to back against them collecting more trophies before the season is out.

Referee: B Rice (Down) 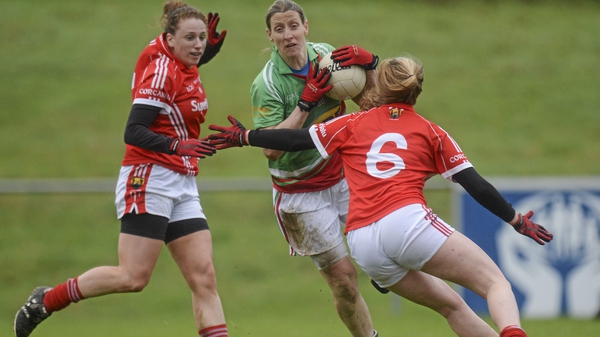