Dublin forward Dean Rock believes the strength of the Dubs' bench was evident again as the men from the capital won their fourth successive Allianz Division 1 title against old rivals Kerry.

The Kingdom trailed by two points with 20 minutes remaining, but the dismissal of defender Aidan O’Mahony and the scoring introduction of Eric Lowndes, Cormac Costello and Kevin McManamon saw the home side finish up as comfortable 11-point winners.

Victory earned Jim Gavin his ninth major title in 10 competitions as Dublin boss and Rock, who hit five points on the day, says it is again the impact of the replacements that sets the All-Ireland champions apart.

All but four of Dublin’s points came from play, with the bench contributing to 1-04, compared to a zero return from Eamonn Fitzmaurice’s replacements for Kerry.

“You saw the strength on our bench in the last ten, 15 minutes,” he told RTÉ Sport.

“Eric Lowndes got a goal, Cormac Costelloe got a point. They just added to the performance when they came on.

“It was really down to the bench that we pulled away in the end.

“Everyone’s hungry to play. Anytime anyone gets any minutes on the pitch they want to make the most of it and that’s what happened today.”

Kerry arrived in Croke Park hoping to end their recent hoodoo against Dublin and were very much in contention until O’Mahony’s dismissal for an off-the-ball incident and the Ballymun Kickham forward admitted that the April encounter didn’t lack for intensity.

“It was played at a higher pace than what we’ve played at up to now which is exactly what we wanted,” noted Rock, who said attentions will now be turning to their Leinster opener against either Laois or Wicklow.

“The sending off had a big bearing on the game and we were able to control things a bit better.” 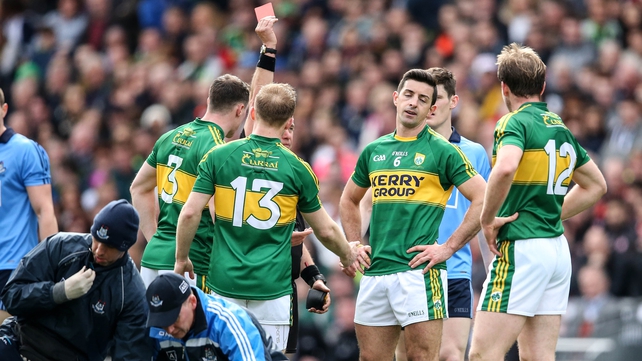 Rock, who was a late change on the team, coming into the half-forwards in place of Paddy Andrews, could have added to his tally when referee Eddie Kinsella awarded a penalty with ten minutes remaining.

The 26-year-old settled for the point and told RTÉ Sport he was concentrating on power.

“We were two points up so I said I’d hit it high and hard, if it went in, it went in. We got a point anyway.” 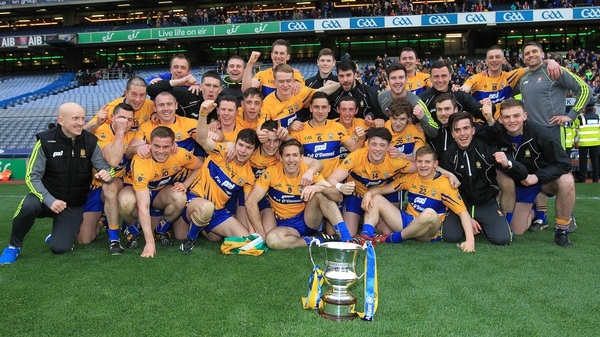