Galway pair Johnny Glynn and Johnny Duane have been named in New York's 30-man panel for the Connacht championship opener against Roscommon on 1 May.

The preliminary provincial game takes place in Gaelic Park, New York on Sunday week and the team will be captained by former Galway footballer Duane.

The 24-year-old made his inter-county debut for the Tribesmen five years ago and lined out against New York in last year’s provincial opener, which the underdogs lost on a scoreline of 0-08 to 2-18.

The St James's clubman was part of the Galway side that claimed an All-Ireland U-21 title in 2011.

Former inter-county team-mate Michael Lundy also joined up with the club after moving Stateside late last year, but chairman of the New York board Lawrence McGrath confirmed he is ineligible because he did not complete a full transfer and could yet feature for Galway this summer.

The Galway hurlers will also have representation with 2015 All Star Glynn also named in the squad.

Glynn moved to America after last year's All-Ireland defeat to Kilkenny and Galway manager Micheál Donoghue admitted he wasn’t expecting the bustling forward to return home for the 2016 championship.

Gerard McCartan has been named as vice-captain, while there is further inter-county experience in the form of Keith Scally (Westmeath), Keith Quinn (Down), and Vinny Cadden (Sligo).

The squad also includes Peadar O'Seoighe who was part of the Aran Island's side that defeated Achill Island in the unique Connacht Junior Football Final of 2014, scoring two points in the decider. 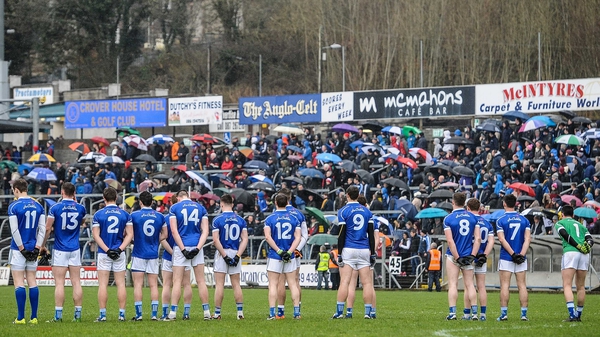