Veteran midfielder Denis Bastick admitted All-Ireland champions Dublin will need to raise their game significantly to inflict another painful defeat on Kerry this Sunday - but revealed the "fierce" competition within the ranks has every single player on edge.

The Dubs cruised through their Division 1 Allianz Football League campaign, notching seven wins out of seven to set up a final date with Kerry at Croke Park this weekend.

However Bastick, speaking to RTÉ Radio 1's Drivetime, said Jim Gavin's men have rode their luck at times, and warned they must raise the bar to avoid being stung by the Kingdom.

"There’s been a lot of talk about the unbeaten run, seven games on the trot, but if you look at it a bit more closely you look at games like the Monaghan game where we kicked a last-minute score to win the game; the Roscommon game, they had a free at the end to level it which they missed, so overall performances weren’t up to where we want them to be, but results wise it’s been very positive," he said.

“Any chance you get to win a national title for your county it’s great. We’re going to be in a tough tight game. We’re going to have to up our game to get over Kerry on Sunday.

"If you’re depending on someone to not let you down in an All-Ireland final you have to have that belief that they’re not going to do that."

“[Competition] is fierce. That’s what so good about the team. You cannot have an off day. You can’t not give it 100%. Everybody’s at a certain level and everybody has something to offer the team.

"If you start to slack or take things easy then you’re not doing the team justice and there’s someone else there ready to step in. Competition is fierce and that’s the way we like it."

Bastick, 35 in May, came very close to hanging up his boots but was lured back for one more crack at Sam Maguire.

With three All-Irelands and six Leinster titles to his name, the Templeogue Synge Street man has carved out a career laden with silver, but the sting of defeat still lingers and he admits it's the bad days that keep him chasing more success, and the fear of letting one of his comrades down that justifies the enormous self-sacrifice.

“I’m still going anyway," he added. "I’ve been lucky, I’ve come along at a time when we’ve had a great team and had great success. But coupled alongside those All-Ireland finals are semi-final defeats so there’s been heartache along the way with them.

“It is every man for himself, everyone wants to play and wants the jersey, but in terms of trust, there's a lot of time outside the group where you have your own diet or alcohol and stuff like that so there has to be a huge element of trust within the group of players.

"If you got some guys slacking on that it has a detrimental effect on the team. If you’re depending on someone not let you down in an All-Ireland final you have to have that belief that they’re not going to do that." 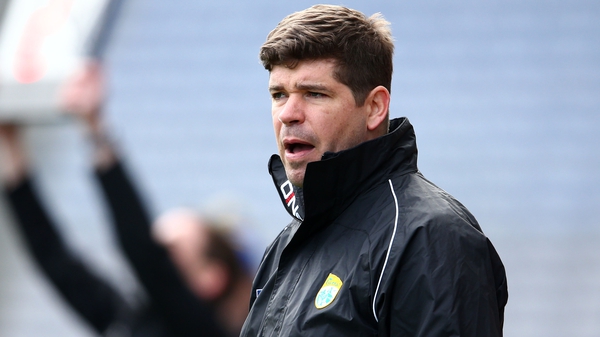 Eamonn Fitzmaurice confident complacency not an issue for Kerry