Former Cork All-Ireland-winning captain Tomás Mulcahy praised his county side's stomach for the fight after they preserved their top-flight status and said they can now build towards making a summer impact.

It was do or die for the Rebels and speaking on Allianz League Sunday, Mulcahy said they can take real heart from how they delivered when the heat was on.

"Their backs were to the wall," he said. "They showed over the league campaign just one big glimpse I suppose against Kilkenny that this wasn't a bad team.

"You don't become a bad team overnight. There's some very, very good players on the team. Even though they didn't win the match against Kilkenny they played very, very well on the night.

"Kieran Kingston and his management team deserve a lot of credit because they probably knew going to Tipperary last weekend was kind of a nothing game.

"They'd one big game to get ready for which was the Galway, the relegation game. We don't want to go down to Division 1B we want to retain our status and then prepare for the Championship accordingly.

"They know they're conceding an awful lot of scores. The big plus today was there was no goals conceded against them."

Former Waterford defender Ken McGrath said that Galway must now respond to the blow of dropping down a division, but admitted the serious business of the Championship will be the real litmus test for Micheál Donoghue's team.

"No one wants to get relegated to Division 1B," said McGrath. "The game was a tight game, it had to be won and Cork won it. Cork have forwards. They've great potential there. 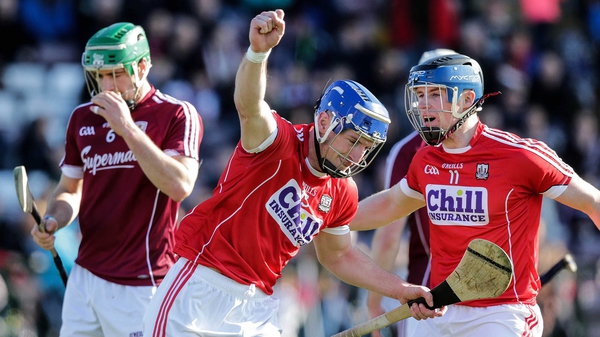