Wexford manager Liam Dunne has said the county should focus on producing better hurlers instead of trying to "stick knives" in his back.

Dunne's back-room team took the session in his absence but his brief sojourn sparked a real backlash in the county, with the criticism hitting the 47-year-old hard.

“I’m getting a huge commitment out of guys. I’ll let people talk if they want to talk and let them throw out whatever rumours they want but I thought it was really over-exaggerated for to miss a training session on a Monday," he told RTÉ Sport after the 0-17 to 1-13 defeat at Wexford Park.

“I hope to be still around on the 22 May. There’s a county board meeting and maybe if they talked about people in the clubs producing more hurlers to come in the county team it’d be a lot better than trying to stick knives into my back.

"At least I know I’m doing my best with the players I have. I can't grow hurlers, I can't manufacture them. They have to come through the clubs. I’m just hoping the clubs will over the next number of years have better quality players t come in. But the players I have at the moment give me a huge commitment." 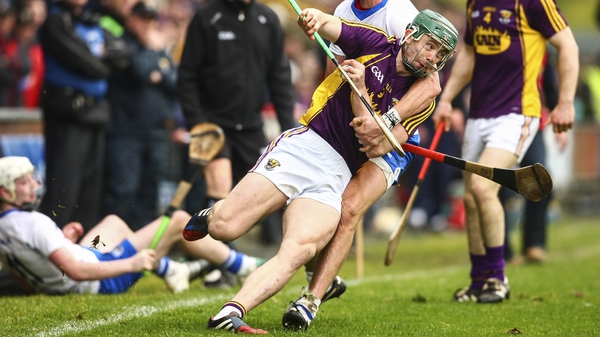 Waterford made to work hard for semi-final spot by Wexford