It's D-day (well, D-weekend) in the Allianz Football and Hurling Leagues, with the Division 1 semi-finalists in both codes and relegation victims in all divisions to be decided.

Dublin finished third in Division 1A after a decent campaign that included impressive wins over Galway, Cork and champions Waterford after an initial heavy defeat to Tipperary.

Limerick were runners-up in 1B, winning every game except last week's crucial promotion-deciding clash against Clare.

The Dubs beat Limerick at this stage last year and Ger Cunningham's side also defeated them in the All-Ireland quarter-finals and haven't lost in Parnell Park since 2011. 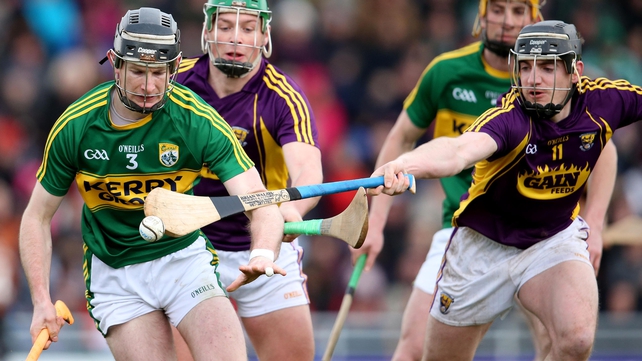 Kerry finished level with Offaly and Wexford on four points in Division 1B after beating Laois and the Faithful County. Laois lost every game.

Nonetheless, the vagaries of the hurling league format mean that Wexford and Offaly are in the quarter-finals while Laois and Kerry each have a 50-50 shot at avoiding relegation.

The Kingdom will be hoping to win this one and consolidate their hard-won status ahead of May's Leinster Championship Qualifier Group with Carlow, Offaly and Westmeath. Laois have a great chance to get out of jail.

Wicklow won two games while Donegal lost all five in Division 2B. The sides clashed in Round 5 on 21 March when Wicklow won by 2-27 to 0-17.

This clash, initially down for a Sunday lunchtime throw-in, has been brought forward to Saturday afternoon.

With the Deise bottom, and Leitrim just two points ahead of them, it's a scrap to avoid finishing as the last team across all four divisions. 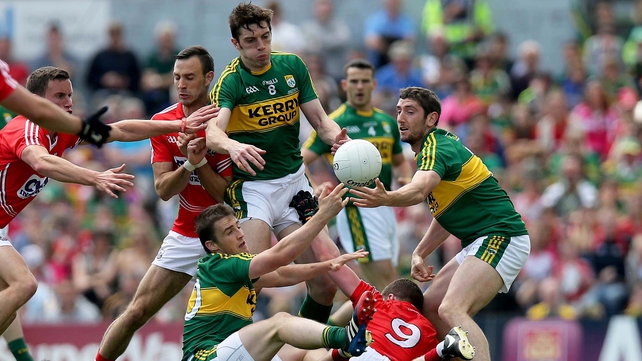 Having won all six of their games to date, four-in-a-row chasing Dublin will top the group and play the fourth-placed finishers in the semi-final. Down, who lost all six games so far, will be relegated after just one season in Division 1.

A draw against Dublin at Dr Hyde Park would be good enough to secure a semi-final place for Roscommon in their first season back in the top flight.

Likewise, Kerry know that a draw or better at home to Cork would see them progress to the last four for the first time under Eamonn Fitzmaurice.

Heavy defeats for Roscommon or Kerry could open the door for Donegal or Cork, however.

Donegal travel to Monaghan, who need to win to give themselves a chance of avoiding relegation. A big enough victory could even put them in the semi-final picture if Cork lose to Kerry.

This is a repeat of last year’s Ulster final, which Monaghan won by a point. Monaghan also beat Donegal (two points) in last year’s league.

Mayo, who host Down, must at least match Monaghan's result to be sure of dodging the drop.

Tyrone are guaranteed promotion and will top the group, having won five and drawn one (Armagh) of their six games. Fermanagh, in their first league meeting with the Red Hands since 2007, could do with at least a point to ease their relegation fears.

Cavan and Galway meet for a second successive year, with the Breffni men having won by two points in Pearse Stadium last season. The winner will decide who is promoted while a draw would be enough for Cavan to finish second.

Derry cannot be promoted and should be safe bar a heavy loss to Armagh and Fermanagh and Meath both winning well. A win should be enough for Armagh, while a draw would do if Fermanagh lose. The sides last met in the league in 2013 when it finished 0-16 apiece.

It's very tight in Division 3, where even third-placed Longford aren't assured of staying up.

Kildare will be promoted, having won five of six games. Limerick will be relegated, having picked up only one of a possible 12 points so far.

A draw for Clare against Kildare would be enough to clinch promotion. The last competitive clash between the sides was in the 2014 All -Ireland qualifiers, when the Lilywhites won by a point in Ennis.

If the Bannermen lose, they are likely to be joined on eight points as Longford, Offaly, Sligo and Tipperary are all on six points. However, Clare's scoring difference is vastly superior to the chasing pack and those teams would need big wins to have a chance at denying them promotion.

A defeat for Westmeath (5pts) at Longford would see them relegated for an incredible third successive season, but if they win they could leapfrog over some of the counties currently on six points.

Limerick and Offaly last met in the 2014 Division 3 campaign when Limerick won by a point.

Tipperary and Sligo could both do with a win to ensure against a potential Westmeath win that could relegate them. Tipperary beat Sligo by two points in last year’s League.

It's far more straightforward in the bottom tier, with little other than bragging rights left for decision.

Antrim and Louth will be promoted. Antrim have won all six games, while Louth have won five of six and are two points ahead of Wexford, who they beat last Sunday.  So even if both ended on ten points, Colin Kelly’s men would be promoted on the head-to-head rule.

Antrim and Louth meet for a dress rehearsal of the final on 23 April. The clash of Wexford (8pts) and Carlow (6pts) will decide who finishes third. 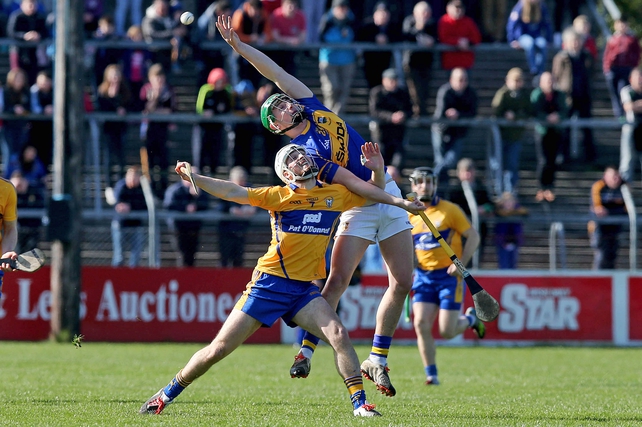 Kilkenny topped Division 1A of the league, winning four and losing only once – their opening game against Waterford in Walsh Park.

Offaly finished fourth in Division 1B, winning two and losing three games. This will be the first competitive clash between the counties since the 2014 Leinster quarter-final, which Kilkenny won by 5-32 to 1-18 in Nowlan Park.

Reigning league champions Waterford finished second in Division 1A, losing only to Dublin, while Wexford were third in Division 1B. The counties last met in the final round of Division 1B games last year when Waterford won by six points (0-22 to 0-16).

Tipperary finished fourth in Division 1A  and avoided the relegation play-off thanks to a final-day victory over Cork, while Clare topped 1B and earned promotion after winning all five of their games. The sides clashed in last year’s Allianz Hurling League when Tipperary won by 2-19 to 0-20. 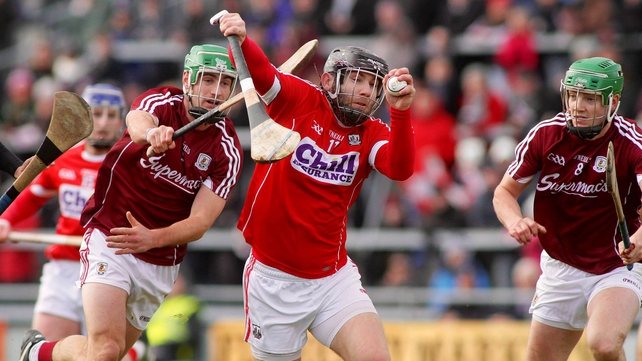 One of hurling's traditional championship contenders will play in Division 1B next season.

Galway will be favourites to survive, having earned four points (two draws and a win) in their campaign while Cork lost all five games. Micheál Donoghue's men also have home advantage.

ONLINE
RTE.ie will have a live blog on Sunday’s action from 1330. 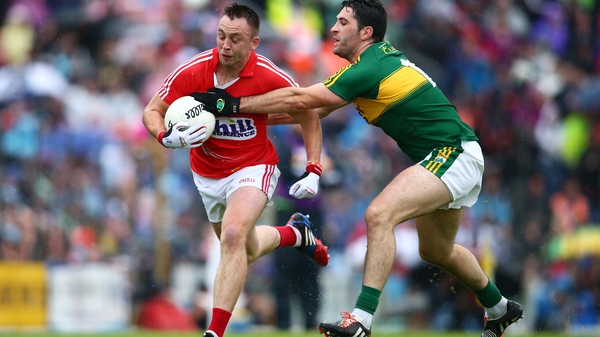