Cork secured the third win of their Allianz Football League Division 1 campaign in a wretched game at Páirc Uí Rinn, while condemning Down to relegation.

Down scored the first three points of the game to but Cork edged into a one-point lead at the break and kicked on from there.

Four points in a row from Luke Connolly and Paul Kerrigan after the interval built a lead which Down simply hadn’t the firepower to close.

Having road-tested 33 players so far this campaign, Peadar Healy opted for only one late change to his Cork team and they held possession for the opening two minutes of play.

However they were unable to penetrate the Down defensive barricade, set up on the 45-metre line, and that became the pattern of the first half.

Down has the worst attacking return (1-37) across all four leagues going into this and the Rebels the worst defensive record (9-78) and, with the aid of the breeze, Down were able to eke out the first three points of the game, all from frees. 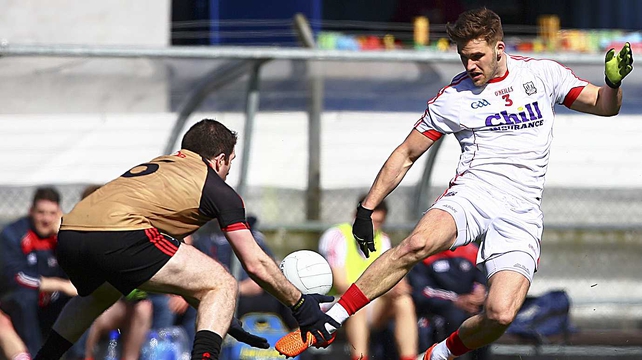 Donal O’Hare scored the first after nine minutes, added a second five minutes later, and Michael Cunningham came up from his goal line in the 21st minute to add the pick of the bunch from long range.

Cunningham did see some sporadic action at his end, with Mark Collins forcing him into a good save in the 13th minute. Collins then missed the target with another good opening five minutes later, dragging his low shot wide.

However, Down’s inability to deal with kick-outs against Dublin carried on, and Cork slowly began to chip away at the scoreboard. A Colm O’Neill placed ball raised a white flag and roused the first cheer from the home crowd after 23 minutes. Connolly then emulated O’Neill from the right hand side.

With only a minute of regulation time remaining, Collins was put through on goal again but this time opted to fist the ball over the bar. It was the first, and only, score from play in the half.

An injury-time lead score from O’Neill gave Cork the interval advantage, 0-04 to 0-03, and left Down sorely disappointed to have spurned their promising start.

Cork dominated thereafter, with Connolly and Kerrigan both adding a fine pair of points from play in the early stages of the second half. 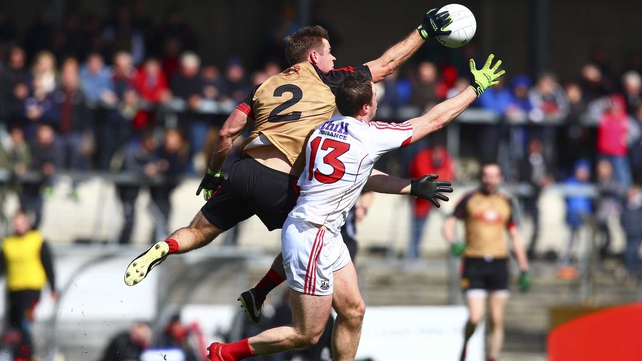 Mark Poland came in and he set up Conaill McGovern for a point which could easily have been more had his shot been kept down. That 44th-minute score was Down’s first from play and cut the deficit to four, 0-08 to 0-04.

The sides traded frees, by O’Neill and O’Hare, and then traded goal chances – O’Hare forcing Ryan Price into a fine save at one end before Brian Hurley had his close-in shot blocked by Cunningham’s foot.

Another O’Neill free followed by a Collins point stretched the gap to six, before Down concluded with some consolation scores from Darragh O’Hanlon and Poland.

Collins had the final say, however, with his point capping Cork’s third home win of their Division 1 campaign. 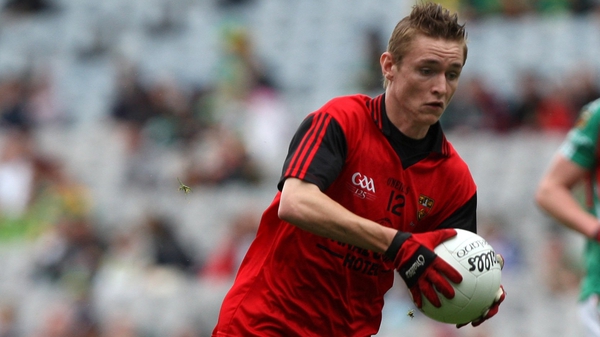 Caolan Mooney walks away from Down