The Rossies were ahead from start to finish and even though Donegal improved significantly in the second half, the loss of Odhran MacNiallais to two yellow cards in a three-minute period followed by a magnificent goal from Cathal Cregg left the Connacht side convincing and deserving winners.

Donegal were blitzed by the visitors in the opening half, with huge gaps opened up in the home side's defence.

But for two great saves from Peter Boyle, it could have been much worse than the 0-11 to 0-6 half-time scoreline.

In the opening quarter Rossies captain Ciaran Murtagh was afforded acres of space and he took full advantage, helping his colleagues to a 0-04 to 0-01 lead by the ninth minute.

That gap was extended out to 0-07 to 0-1 by the 18th minute with Murtagh, Fintan Cregg and Conor Daly, the latter after a magnificent stop from Boyle, all kicking fine scores.

Niall Daly blazed wide with just Peter Boyle to beat on 27 minutes just after MacNiallais got Donegal's first and only point from play in the half.

Frees by Fintan Cregg and Murtagh pushed Roscommon 0-11 to 0-4 clear as Donegal took remedial action, sending Karl Lacey in to replace Eamon McGee, who was in trouble against Senan Kilbride. Mark McHugh was introduced earlier for Anthony Thompson.

In added time frees from Michael Murphy and Patrick McBrearty gave the home side some hope, reducing the margin to five points.

On the stroke of half-time Roscommon lost half-back Conor Daly for a tackle on Murphy. 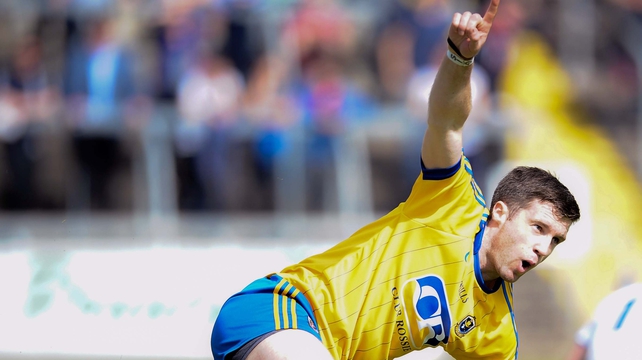 Donegal did very well in the second half, thanks to heroic work from Michael Murphy, to reduce the margin to two points - 0-15 to 0-13 in the 55th minute.

But then a wonderful finish from Cregg after a sweeping move finally ended any Donegal hopes of a comeback. However, they kept fighting to the end with Michael Murphy rattling the crossbar with a free in the final minutes.

The big travelling support were out on the O'Donnell Park pitch as the final whistle sounded to hail their heroes, who now have their final two games - against Mayo and Dublin - at home. 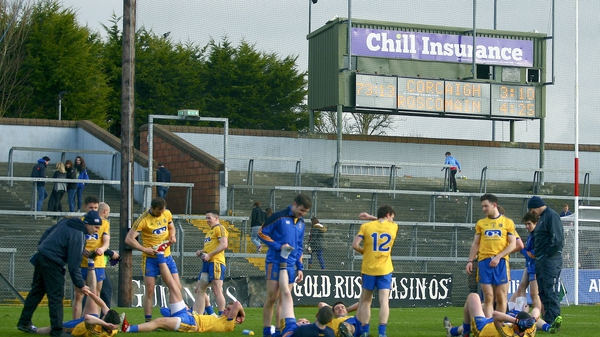