There was a joy and heartbreak for the Ward sisters as UCD beat UL to claim their first O’Connor Cup success since 2006 on Saturday afternoon.

Nicola Ward scored the only goal of the game as UCD held out for a 1-7 to 0-9 victory over University of Limerick, who were denied a third successive crown in Tralee.

She lined up against her twin sister Louise, who was in the colours of UL, and claimed family bragging rights as the Belfield college’s women’s team added to the recent Sigerson Cup collected by the men.

Kate O’Sullivan scored the opening point of the game for UCD but the first half was low-scoring and the teams went in level at the break, 0-2 apiece.

Niamh O’Dea, scorer of two goals in Friday’s semi-final against DCU, equalised with a point on 14 minutes and the Clare star rattled the UCD crossbar with a vicious drive soon after.

Roisin Leonard handed UL the lead six minutes before the break but Emma Guckian’s point ensured parity at the midway point for UCD.

The second half began in blistering fashion as Ward found the net from distance in after 35 minutes.

It was a fortuitous effort but set UCD on the road to an historic success – their first in this competition in a decade.

Roisin Curran, Niamh Collins and Emma Guckian added points as UCD, appearing in their first final since that 2006 win, steamed into a 1-5 to 0-2 lead.

Leonard pointed UL’s first score of the second half, a free, with 17 minutes left but Curran and Elaine Scally kept the scoreboard ticking over for UCD with points.

Now 1-7 to 0-3 clear, this one looked done and dusted but UL scored the remaining six points of the game to ensure a nervy finish for the new champions.

Leonard was prolific in the closing stages and her free deep in stoppage time left the bare minimum between the sides.

But UCD held out and goal-scorer Ward claimed the player of the match award to crown a memorable day.

There was some consolation for UL as they claimed the Lynch Cup with a 3-10 to 1-7 victory over DIT.

And the Giles Cup went to St Pat’s Drumcondra, who saw off Mary Immaculate College with just a single point to spare, 0-12 to 1-8. 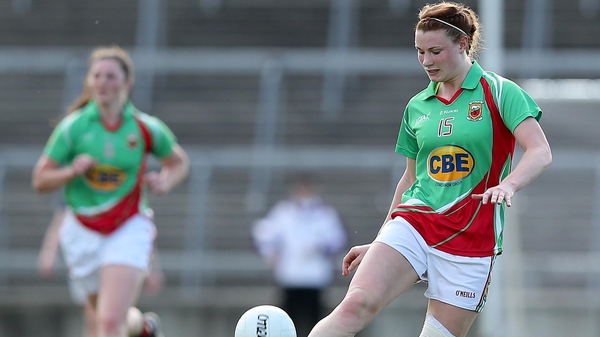