A strong finish ensured that Clare got out of jail to maintain their perfect start to the Allianz Hurling League Division 1B season with a 0-18 to 1-11 win in Wexford Park on Sunday afternoon.

Three points in arrears entering the final quarter, Davy Fitzgerald’s side outscored the hosts by 0-8 to 0-1 for the remainder to dig out what could be a crucial victory in the race for promotion.

While Clare completed their sixth consecutive competitive victory of 2016, Wexford will be disappointed to have let this opportunity to get off the mark in the division slip from their grasp at the death.

Boosted by goalkeeper Mark Fanning’s penalty just before the break, that goal would remain the difference on the restart as the spirited hosts battled to keep their noses in front.

However, through Colin’s Ryan’s unerring accuracy from frees and a two point contribution from substitute Bobby Duggan, Clare finally gathered momentum to reel in the Leinster side by the 66th minute and then finish with the last four points to snatch the win.

In a game that was greatly influenced by a strong wind that blew directly towards Wexford town, the home side won the toss and elected to take it’s advantage for the opening half.

Initially it seemed a wise decision as a brace of Harry Kehoe frees helped his side to a 0-4 to 0-1 lead by the tenth minute, only for the visitors to turn the game on its head as the half developed with a rally of six unanswered points, three from Ryan.

Crucially however, Wexford received a timely boost when Fanning added to successive points from Eoin Moore and David Dunne with a 33rd penalty to the left corner of the net and hand the hosts a 1-6 to 0-7 half-time lead.

Despite facing into the conditions for the new half, Wexford had doubled that margin by the end of the third quarter thanks to Kehoe’s frees and seemed to have more belly for battle than their opponents at this stage.

However, the Banner refused to panic and allied to some defensive errors from their home side, they played their way back into the tie with eight of the last nine points to take a rare victory out of Wexford Park. 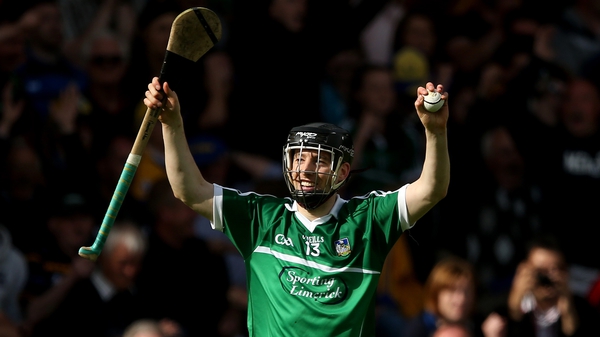