Castlebar Mitchels midfielder Barry Moran has warned his team-mates a repeat of their first-half display in the dramatic win against Crossmaglen Rangers will result in AIB All-Ireland Club SFC final heartache.

Moran's late score edged Castlebar into the decider in an ill-tempered contest, after the Mayo men had trailed by 0-08 to 0-05 at the break before hauling themselves off the canvas to set up a St Patrick's Day showdown with Ballyboden St Enda's.

Moran praised his side's second-half fightback but admitted Ballyboden will not leave the door open for such a recovery if they sleepwalk out of the traps on 17 March.

"We were very, very poor in the first half, including myself," Moran told RTÉ Sport. "Half-time couldn’t come quick enough I suppose.

“We were very flat. Crossmaglen could have been a couple of more points ahead at half-time. In the second half we got out of the blocks and we kept going but we’re going to have to look at that [first-half performance] because we know going into an All-Ireland final against Ballyboden that if you do that then you lose the game, it’s as simple as that.

“We went in at half-time thee points down, we knew we had a massive uphill battle against us but we regrouped.

"Thankfully we pulled through. It was a very physical and hard game and we’re delighted we got the result."

Moran, who was part of the side who lost to St Vincent's in the All-Ireland showpiece two years ago, played down his decisive point and stressed the importance of keeping their focus.

“There was only a few minutes left at that a stage and every score was vital. Danny [Kirby] did all the hard work, he won the ball and slipped it off to me and I’d the easy thing of popping the ball over .

"We went in at halftime and a lot of us were disappointed with our performances but the second was just so, so positive from 1 to 15 and the lads who came off the bench as well, I thought they were brilliant.

“Two years ago we were lucky enough to be in the final and we were well beaten by Vincent’s that day but we’re just concentrating on one game at a time. It’s been working for us so far.” 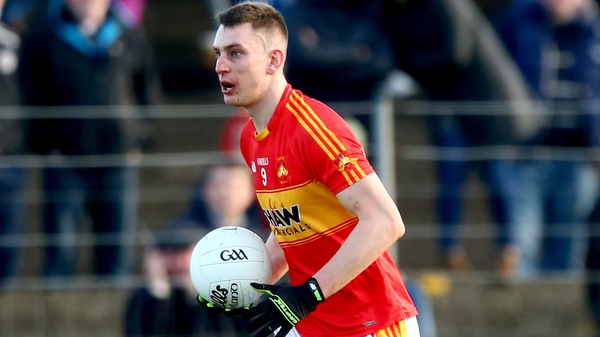 Moran spurred on by Castlebar's 2014 heartache