The Rebellettes have been left reeling after an uncharacteristic run of two defeats in a row. However, Ephie Fitzgerald has now fully taken control of the team and has strengthened his backroom team with the addition of former Cork senior star, James Masters.

The squad have also been boosted by the return to fitness of Deirdre O’Reilly and Bríd Stack who have 20 All Ireland medals between them and both of whom tasted their first action of 2016 against Kerry last time out.

Tyrone had hoped to hit the ground running against their Ulster rivals, Armagh, in their season opener last weekend but there hopes were dashed in the face of a strong Orchard side.

Things don’t get any easier for Tyrone as they make the long trip to Cork this weekend to face a team that are also searching for their first points of the campaign.

Tyrone are suffering from the unavailability of several of their key players but there is some excellent young talent coming through the ranks to give them a boost. Players like Tori McLaughlin and Chritiane Hunter are capable of operating at the highest level whist the responsibility to provide leadership falls on the shoulder of the excellent Neamh Woods.

Against Armagh there were senior debuts for 7 players showing the extent of the transition taking place in Tyrone under Gerry Moane. Facing a Cork team playing at home with returning stars full of experience and in need of points is far from ideal for this youthful Tyrone side but a strong display against the champions could give them the boost they need for future battles. 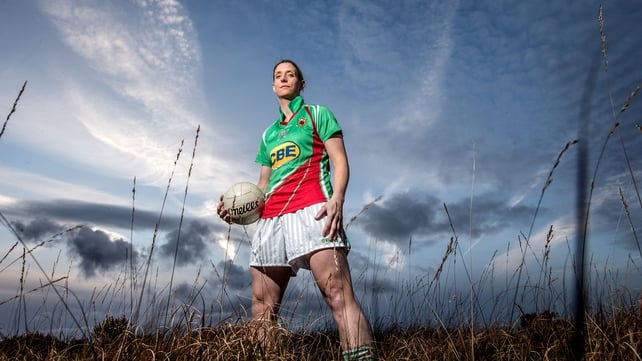 This is the tie of the round and there is little doubt about that. This match pits two great rivals against each other who all know each other so well.

Galway were the nearly team of 2015 but they have introduced some excellent young talent from their all-conquering minor sides most notably goal scorer Megan Connolly and Shauna Hynes.

However, against Monaghan last weekend there was plenty of rustiness on display as Galway sometimes struggled and they relied on the excellence of Tracey Leonard and Roisin Leonard to get them the scores they needed.

Mayo have been the story of the Lidl National League to date, at the start of the season Dublin and Cork were singled out as title favourites but both have since fallen to defeat at the hands of Mayo.

Cora Staunton has been in inspired form again this season but she is far from a one woman team as stars like Yvonne Byrne, Martha Carter, Amy Bell, Fiona McHale and Sarah Rowe have all contributed to their victories.

Neither team will want to lose to the other as one eye will be on a tilt at Connacht glory later this year. Mayo have started in stunning fashion and have laid down a marker for 2016, they will be determined to maintain that start in Tuam and Cora always saves her best for when she plays against the neighbours. This will be an intense game between two very strong sides, a draw would not be a surprise. 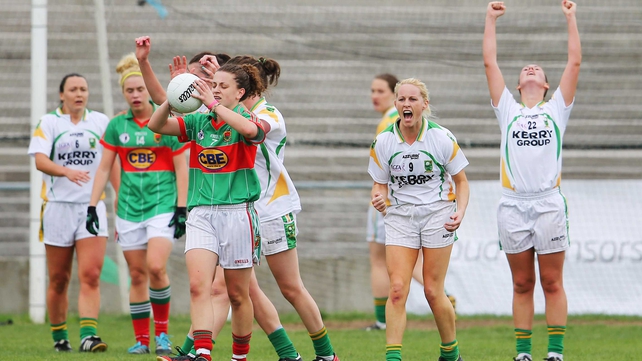 Armagh showed a hunger for action in their opener against Tyrone last weekend that saw them blow away their inexperienced competition. This weekend it will be a different situation as they face a vastly experienced Kerry outfit that will still be on a high from their defeat of Cork last weekend.

The Orchard look like a team on the charge as they easily accounted for Tyrone. Their side is packed full of excellent attacking talent with Aimee Mackin continuing to prove herself as one of the best forwards in the country and complimented by attackers like Lauren McConville, Kelly Mallon and Aoife Lennon.

Kerry boss Alan O’Neill has developed one of the best defensive units around which has been expertly marshalled by team captain, Aislinn Desmond whilst Aisling Leonard and Caroline Kelly are two of the best attacking half backs around. Bernie Breen is the leader of this side and has been in fantastic form as has Sarah Houlihan who scored 5 points from the bench in a match winning performance against Cork.

Kerry have shown some brilliance against Cork but were worryingly below par against Dublin and have been shorn of the services of Louise Ní Muircheartaigh through injury. The worry is that Kerry are vulnerable on the road and a long trip to an Armagh side that are full of confidence will tell a lot about their potential to win silverware this year. 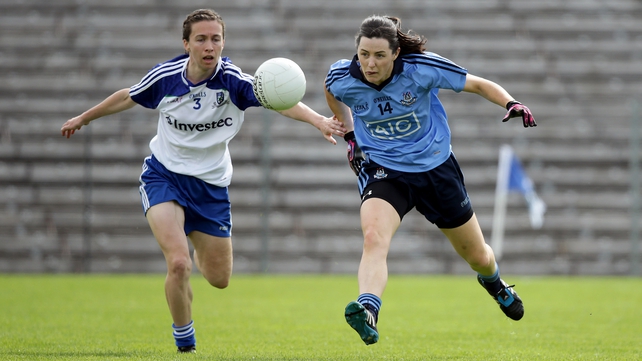 Monaghan would have worried ahead of their trip to face Galway last weekend, they had suffered the blow of losing All-Stars Linda Martin, Caoimhe Mohan and Cathriona McConnell and were forced to line out with an unfamiliar team against Galway. However, Monaghan acquitted themselves well against one of the best teams around and showed plenty of potential.

Dublin will be disappointed to have lost last time out against Mayo away from home but they will draw plenty of confidence from their positive performance in the West.

Dublin’s strength in depth continues to improve as Leah Caffrey and Sinead Aherne both have another game under their belts.

Dublin have had the upper hand when facing Monaghan in recent times but with Monaghan playing at home and expecting a large home crowd to turn out in support they could spring a surprise in Emyvale.

This is a big game in Division 2 as Cavan host a team that are expecting to be in the shake up for promotion at the end of the campaign. Cavan have been developing quite well in recent seasons and will enjoy home advantage this weekend in Kingspan Breffni Park.

Westmeath have had a mixed campaign to date losing out narrowly to Donegal before enjoying a good win over Kildare last weekend. There will be little between these sides but the form does point towards a home win; however, if they do win then Cavan will have to do it the hard way.

Sligo have had a tough introduction to Division 2 as they have suffered losses in their opening two games against Clare and Meath. This weekend they get their first home match of the season but the visitors are the Divisional favourites who will be enjoying their shortest trip of the campaign.

Donegal have been setting the pace in the division and are on course for a return to the knock out stages. They are the owners of 2 victories and will be determined to make it a third with the relatively short trip to Sligo.

It has not been an encouraging start to life in Division 2 for Laois who were humbled by Donegal last weekend and were well beaten by Clare in their opener. Laois will need to get something happening soon if they are to salvage their season but they will not lack for incentive when they take on their great rivals, Meath.

The Royals surprised many when they easily defeated Sligo in their first match of the campaign but they were quickly brought back down to earth by Cavan in Round 2. Meath can now put down a marker for the rest of the season when they visit their Leinster rivals. Both sides need a win to keep up their promotion hopes but a draw will not be a surprise.

Clare have been in inspired form so far in their Division 2 campaign. The return of ace attacker Niamh O’Dea has given the boost that the Banner needed as they have set the division alight with wins over Laois and Sligo. The visit of Kildare to Corofin this weekend will have Clare fancying their chances of three wins in a row.

Kildare couldn’t have asked for a much tougher start to their campaign as they have played and lost to Westmeath and Cavan and things are not getting any easier this weekend. Kildare have the talent at their disposal to get a result this weekend and a win is their minimum requirement if they want to have any hopes of reaching the knock out rounds.

Down had hoped to build on an encouraging opener against Wexford but they failed to capitalise as they were comprehensively defeated by Leitrim. This Down side is a totally new 15 to the one that showed so much promise two years ago but they will be stronger for their experiences to date.

Offaly are the newest team in the Division and they have struggles with the adjustment so far as they have opened with two defeats although their displays have been encouraging. A win in this match is vital for both teams who know that a win will go a long way to helping them avoid being dragged into a relegation battle.

This all Connacht battle will be a fascinating duel between two teams that traditionally have very little to separate them. Roscommon are coming off the back of a very disappointing defeat away to Wexford last time out but they know that a morale boosting win away to Leitrim could be just the tonic they need.

Leitrim will have learned very little from their only game to date, a facile victory over Down. Ring rust and a determined challenger in Roscommon could make Leitrim vulnerable in this one.

This should be a fascinating match. Wexford have been a revelation this year as they sit top of the table with two wins from two.

Tipperary are a team fancied to do well in 2016 and they pushed Waterford all the way before losing by the minimum and went on to destroy Fermanagh last week. If either of these two teams want to push on into the promotion picture then a win this weekend is a must.

Carlow will play their first match of the season when they take on Wicklow but they couldn’t hope for a more difficult introduction to the 2016 season as they take on the unbeaten table toppers. It will be a surprise if Wicklow fail to take the points here whereas Carlow will be looking to put in a performance that they can build on.

Limerick were caught by surprise away to Wicklow last weekend so they will be on guard to make sure they are ready for the challenge presented by a Louth team that have been very impressive to date. These two sides will both be expected to make the top 4 so a win is a must to lay down a marker for the rest of the campaign.

Derry have had a tough campaign to date and it won’t get any easier when they welcome Longford to Owenbeg. Anything but a win for Longford would be a surprise but Derry will want to give their all in preparation for their next match against Carlow.