Walking down McHale Road at 6.40pm last Saturday night heading for the Park to see Dublin and Mayo renew their engaging rivalry, with lashing rain, and bitter driving wind in our face, former Galway captain Gary Fahy turned to me and said: “This is a night for the real die-hards”.

While the game itself has been slammed by many, by virtue of its extreme defensive nature [mainly driven by a Mayo agenda], low scoring, 0-04 to 0-03 at half-time, and a plethora of errors - the appalling conditions have to be accepted as a mitigating factor for both sides.

It was a hateful night for Gaelic football and both sets of players deserve credit for their bravery, tenacity and commitment to the cause.

That said, looking out from the back rafters of the terrific stand at McHale Park that housed the vast majority of the 10,250 in attendance, it was very obvious for the entire game that the Dublin players were more comfortable in possession and seemed to be more aware of what needed to be done to prize open the jam-packed Mayo rearguard.

And their continuous work-rate made it almost impossible for Mayo players to be creative in possession.

"The self-belief, and the huge confidence their entire group has garnered from their three All-Ireland victories in five years and numerous league titles is obvious."

Jim Gavin’s charges owned the ball for long periods of the game. At one stage midway through the second half, they strung well over 30 hand-passes together with no Mayo player able to disrupt their possession game.

Dublin were able to probe, and probe, give and go, until the right option was on and they were far superior to Mayo in that aspect of the game.

The self-belief, and the huge confidence their entire group has garnered from their three All-Ireland victories in five years and numerous league titles is obvious.

Even when the game was a total dog-fight and Mayo had 15 men behind the ball, Dublin never looked panicked or nonplussed by what had to be done to eke out a win. 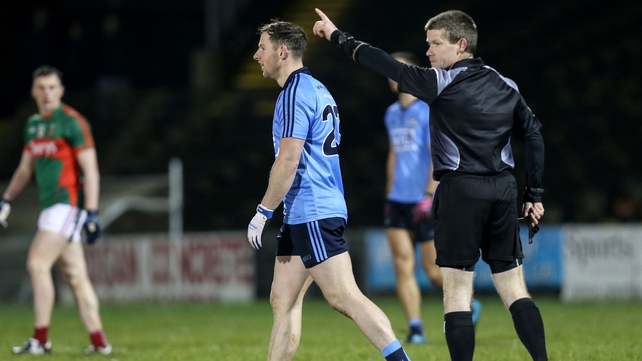 Wing-back James McCarthy was magnificent for the entire game and his ability to time his darting runs and to continually support his forwards, and take crucial scores, makes him one of the best, if not the best number five in football.

Dublin’s strength in depth is ominous for the rest of the country, and it was reinforced too when Philly McMahon picked up a needless black card after three minutes and was replaced by the free running will of the wisp Jack McCaffrey.

One All Star out, one All Star in. What other county, or manager, has that luxury?

They were also without top players such as Brian Fenton, Bernard Brogan, Paul Flynn, Cian O’Sullivan, Michael Darragh Macauley and Kevin McManamon on the night and they still looked the likely victors with well over 20 minutes left to go.

Who can stop them in 2016? A friend of mine at work who is from Mayo and who is also a big Mayo fan told me he put €10 last week on Dublin at 20/1 not to lose a game all year, league or championship.

It is a long shot, and it is only the second week in February and yet, you name the team that you think will beat them in the coming seven months.

And how are Mayo fixed for the coming year? Speaking to a few Mayo supporters after the game they were quite pleased with how their team had battled and performed especially on the back of their dismal display in Cork the previous week.

"Based on last Saturday night, if these two teams were to meet again next September it would be impossible not to fancy Dublin having the smarts to win again."

The feeling down there is that with all their troops present and accounted that they will be too strong for either Down or Roscommon, and if they just sneak two other points along the way that they will remain a Division One team handily enough with six points in the bag.

Rochford’s men are away to Donegal in three weeks’ time and that should give them time to get the likes of Keith Higgins, Kevin McLoughlin, Seamus O’ Shea and Lee Keegan back to full-fitness.

Incidentally, Keegan missed his first game with Mayo for five years on Saturday night due to his concussion in the Cork game. That is a super record, and underlines what a top and ultra- reliable player he is with the county.

Plus, when you add in the likes of the Castlebar boys such as Tom Cunniffe, Barry Moran and the enormously impressive Patrick Durcan, and Cillian O’ Connor, Mayo should still be there or thereabouts next August.

If they annex their sixth consecutive Connacht title next July they will be in the quarter-finals again and not many teams would fancy meeting them.

However, based on last Saturday night, if these two teams were to meet again next September it would be impossible not to fancy Dublin having the smarts to come out on top again. 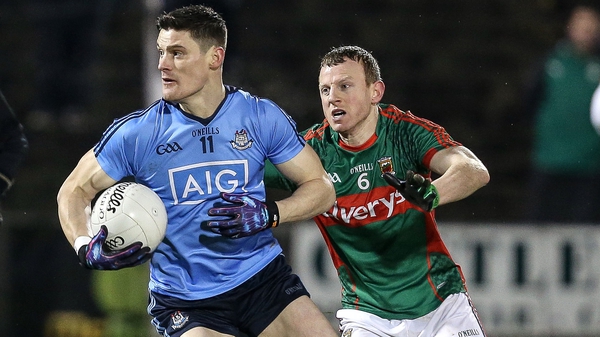