By John Fallon at Páirc Tailteann

The win ended years of semi-final heartbreak as they finally made it through to the St Patrick’s Day final having lost all eight semi-finals they played prior to this.

Sarsfields, the first team to win successive All-Ireland club hurling titles, just had no answer to the sheer strength of the Cushendall side.

Cushendall led by 1-04 to 0-05 at the interval having got off to a brilliant start when Neil McManus fired home a penalty after four minutes after Sean McAfee was hauled down by Darren Skehill.

Niall Morrissey responded with a free for Sarsfields but they struggled to make headway up front where Ryan McCambridge marshalled an excellent Cushendall defence.

Indeed, Sarsfields did not manage a point from play until a minute before the break when Alan Ward scored after Cushendall goalkeeper Eoin Gillan did well to deprive Joseph Cooney.

Two points from Paddy McGill extended Cushendall’s lead and Conor Carson also got one, with Morrissey responding with three frees. 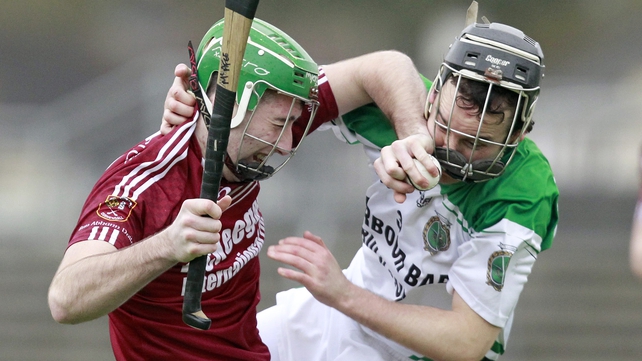 McManus put a goal between them again with a pointed free, before Ward cut the gap to two at the break with his effort.

Cushendall started the second-half in superb form, with McManus extending their lead with another free before Sean McAfee burst through to blast home a superb goal, with another McManus free putting the Antrim side 2-06 to 0-05 in front.

Sarsfields’ captain Joseph Cooney flicked home a goal to give the Galway champions some hope after 40 minutes when he connected to a 65 from Morrissey.

But Cushendall hit back and two points from placed balls by McManus and one from play by Alec Delargy left the Antrim side 2-09 to 1-05 ahead after 51 minutes.

McGill extended the lead with his third point before Morrissey got Sarsfields’ first point of the second-half ten minutes from time.

McManus was back on his own line to save a 20-metre free from Niall Quinn as Sarsfields tried to stage a comeback.

But it was Cushendall who finished in style with McManus, who hit seven sides, six of them from play, tacked on two more points for a personal tally of 1-07.

And Cushendall rounded off the win with a third goal when Karl McKeegan forced the ball home to send them into their first ever All-Ireland final after so many years of semi-final heartbreak.