Where once they had an aura that instilled fear in the minds of opposition, Meath's football reputation is now nowhere near as fierce.

It's not that long ago that a season was spent in Division 3 and there was little to celebrate after the controversial nature of their Leinster final victory in 2010.

Yes, they did get to an All-Ireland semi-final in 2009 and qualified for three consecutive provincial finals in this decade, but the Royals are simply not the big hitter they once were.

And then there was last year's Leinster championship defeat to Westmeath - the first time their  neighbours got one over them in the heat of summer battle.

Mick O'Dowd's side began their 2016 campaign with an O'Byrne Cup success and on Sunday last accounted for Armagh by five points in their opening Allianz League Division 2 fixture.

Speaking on 2fm's Game On, former Meath star Bernard Flynn was keen to accentuate the positives, based on what he's seen so far this term but feels the current side are a long way short of threatening the big guns.

"Ultimately, we need more talent on the pitch"

"It was a good showing on Sunday against an Armagh team that fancied themselves to do well, but we have a long way to go to be a top-eight side again and of course we still have to get over what happened against Westmeath last year," he said.

Getting promotion to the top flight in the weeks ahead would be a boost, according to the two-time All-Ireland winner.

"I do expect Meath to stay up and push for promotion. Reaching Division 1 would help the young players and the likes of Harry Rooney and Cillian O'Sullivan are showing well. It's fair to say that everybody is putting in a big effort and giving their all at the moment."

Yet, Flynn feels the lack of physicality could ultimately limit their chances of making a real push in the season ahead.

"I'd be worried about our size, we're not as big as some teams and that's just one area where we'll struggle in our quest to be a top-eight side.

"Ultimately, we need more talent on the pitch." 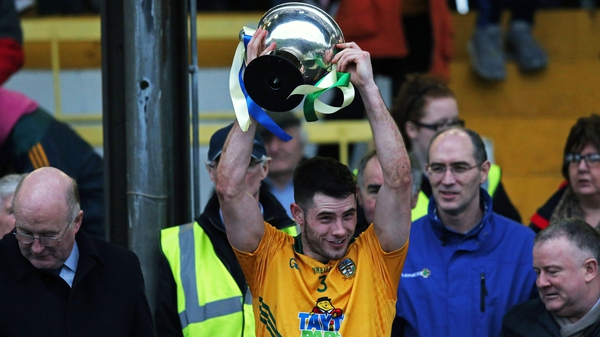