Connolly was cleared to play in last summer's All-Ireland semi-final replay against Mayo after winning an appeal - a decision which sparked furious national debate.

The St Vincent's man was sent off for striking Mayo’s Lee Keegan towards the end of 2-12 to 1-15 draw at Croke Park and received an automatic one-match ban.

He failed in his bid to have the Central Hearings Committee rescind his suspension, before taking his case to the GAA's Central Appeals Committee, which also rejected his appeal.

"This disciplinary system is very fair to the player, allowing him every opportunity to have his case dealt with fairly."

Finally, Connolly went to the independent DRA, and in a late-night hearing it decided to rescind the ban and clear the forward to play in the replay Dublin won en route to lifting Sam Maguire.

"This disciplinary system is very fair to the player, allowing him every opportunity to have his case dealt with fairly," said Duffy.

"From the outcry that greeted the decision in the Diarmuid Connolly case, one might conclude that players are routinely going to the DRA to have penalties lifted.

"The facts tell us otherwise. Commentators were entitled to question the DRA decision in respect of Diarmuid Connolly [although one wonders if the outcry would have been as great if the player was someone other than Diarmuid Connolly], but it was nothing less than lazy headline-seeking commentary to use this to suggest that our disciplinary structures are not fit for purpose."

"I do not believe that there is any fundamental weakness in our disciplinary structures."

Duffy admitted he had been taken aback by some calls made in the disciplinary process but insisted even the wrong decisions did not reflect a malfunctioning process.

"I do not believe that there is any fundamental weakness in our disciplinary structures. I may have been surprised by the decisions announced in the specific cases mentioned, just as I have often been surprised, as we all have been, by decisions made by disciplinary bodies outside of the GAA, and even by the courts.

"But we are surprised in these cases only because we are not privy to the debate or to considerations taken into account in reaching a decision.

"And, sometimes, too, decision-makers, as fallible human beings, will just get it wrong. The lesson is simple: a wrong decision in no way indicates an inadequate structure." 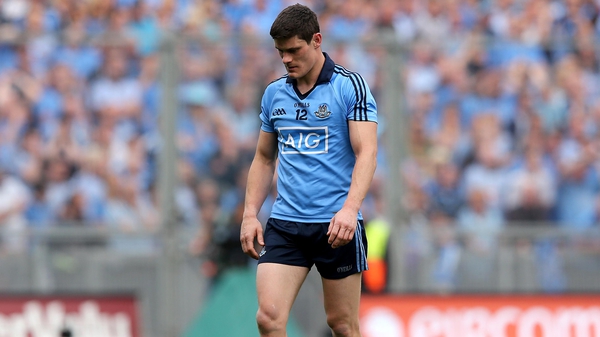