The 804 in attendance saw the winners lead by six points at the break thanks to a Brian Hurley goal and some fine attacking play from their forwards to cancel out Eoin Cleary’s earlier green flag for Clare.

The second half saw the Banner try bravely to close the gap on the Division One side, but Colm Collins’ men couldn’t find the necessary goal, allowing Daniel Goulding to lift his first trophy as Cork skipper.

Cork enjoyed the better of the first 35 minutes leading 1-10 to 1-04 before a powerful final 18 minutes ensured they pushed clear.

Clare responded quickly with Cleary punching to the net goal following Sean Haugh’s pass after Gary Brennan had ran at the Cork rearguard, but that was as good as it got for the visitors.

The Rebel County had further goal chances but couldn’t take advantage as Collins’ shot was tipped over by Joe Hayes, while Dan McEoin hit the post from close range. Daniel Goulding and McEoin - with a brace of points and one each from Colm O’Driscoll, Collins and Hurley - left Clare with a mountain to climb for the second half.

The Banner enjoyed the better of the opening exchanges on the resumption as both David Tubridy and Shane McGrath pointed to close the gap to four, with O’Driscoll getting his third point for Cork to make it 1-11 to 1-06.

The game's turning point arrived on 54 minutes when Cork ‘keeper Ken O’Halloran made a point blank save to deny Cleary from close range. On the counter attack, Peadar Healy's men worked the ball up to Paul Kerrigan who pointed. Hurley, who finished the game with 1-04, pushed Cork further ahead and a late score from Seamus Hickey put the seal on the Rebel success. 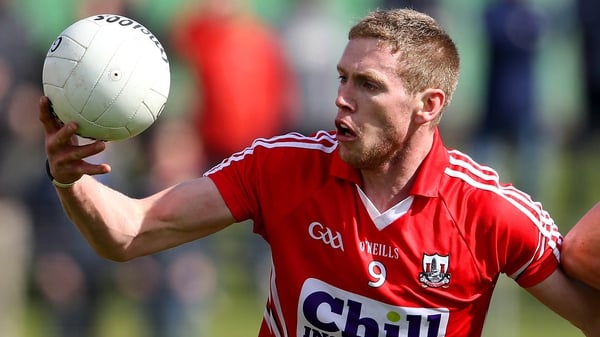 Cork cruise to victory over Waterford