Carter was recognised at the club's annual dinner in central London and follows in the footsteps of previous winners including Jonah Lomu, Jonny Wilkinson and Martin Johnson.

The 33-year-old fly-half has amassed 112 caps during a 12-year Test career that reached its pinnacle with victory over Australia in last autumn's World Cup final. He was subsequently named world player of the year for an unprecedented third time.

"There are some amazing names on this trophy, so to have my name alongside these legends is very humbling," said Carter, the fifth All Black to win the award.

"There's David Kirk who helped win the inaugural World Cup in 1987. Obviously there's Jonah back in 1995 - an amazing athlete and top guy. Sean Fitzpatrick is there too.

"Jonny Wilkinson in 2003 - who could argue with that? It's a huge honour to have my name sketched on this and be a part of history." 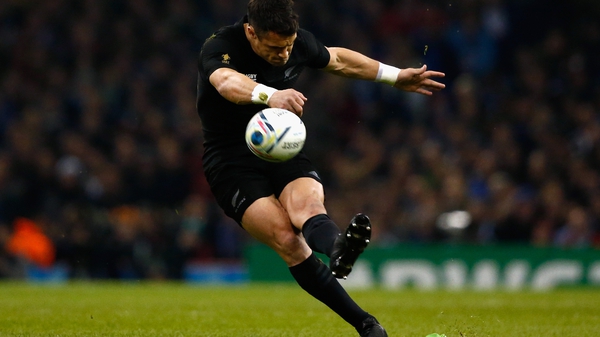 Dan Carter wants one big push from All Blacks