John O’Dwyer was announced as the Hurler of the Year winner with Cáit Devane, both from the Premier County, scooping the camogie prize.

The awards will be presented on Saturday night at a gala dinner in Dromoland Castle, Co. Clare where over 30 players, officials and legends will be honoured.

'Bubbles' O’Dwyer from the Killenaule club has been involved with Tipperary inter-county teams since 2008.

He won the RTÉ Man of the Match award following his seven point haul against Limerick in the Munster semi-final win and he went on to score five more in the Munster final success against Waterford.

Though only 22-years-old, Cáit is one of Tipperary’s more experienced camogie players and this year was installed as team captain.

Though on the losing side in the Munster final, she scored eight points and duly won the player of the match.

She received the WGPA player of the month award for July recognising her truly outstanding performances against Dublin scoring ten points and 1-9 against Derry.

The Club of the Year Award also goes to Tipperary with Clonmel Commercials being chosen having become the first club from the county to win the Munster senior football title.

They are the dominant force in club football in Tipperary. They are county senior and Under-21 champions and have won five county titles in-a-row in both minor and Under-16 football.

The Handball Award goes to the Dominick Lynch of Kerry who captured an Over 35s double in the World Handball Championships played in Calgary, winning both the Singles and Doubles titles to seal what was a remarkable year of success. 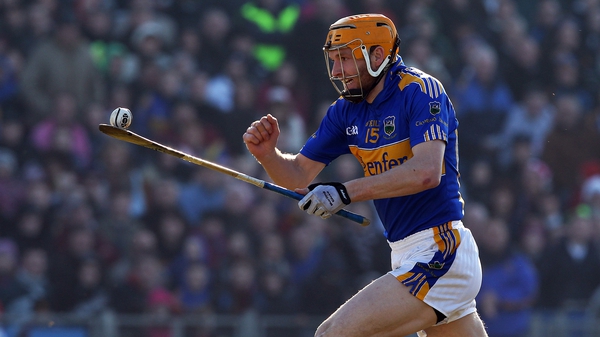