Cork opponents Mourneabbey lost in the decider for the second year in a row, once again foiled in their quest to become the first club to win All-Ireland titles in the junior, intermediate and senior grades.

Instead, Donaghmoyne dipped into their vast reserves of experience to grind out the win, securing a first All-Ireland senior crown since 2012 in the process.

Cathriona McConnell top-scored with five pointed frees for the winners but the difference between the sides was player-of-the-match and All Star goalkeeper Linda Martin, who pulled off three brilliant saves.

With seven minutes remaining, Martin kept out marauding Mourneabbey defender Niamh O’Sullivan with a crucial block, at a time when the Cork and Munster champions were operating with 14 players following Emma Coakley’s sin-binning.

The sides were level at 0-8 apiece at that point in time but Donaghmoyne managed to score three late points to claim a first All-Ireland senior crown since 2012.

For Donaghmoyne, this was an emotional victory dedicated to the memory of former club chairman Martin Daly, who passed away earlier this year.

And Daly would have been proud of Donaghmoyne’s grit down the home straight as they held on despite losing sisters Joanne and Sharon Courtney to yellow cards and the sin-bin.

And when Coakley returned to the field in the closing minutes, it was 15 players against 13 in favour of Mourneabbey as they pressed forward with increasing desperation.

Donaghmoyne were in no mood to yield against a Mourneabbey side that managed just three second half points.

Mourneabbey led by just a single point, 0-5 to 0-4, at the end of an absorbing first half.

With their very first attack, Donaghmoyne almost netted as Clare native Fiona Lafferty rattled a shot off the crossbar but a combination of good defending and poor finishing limited their first half haul. 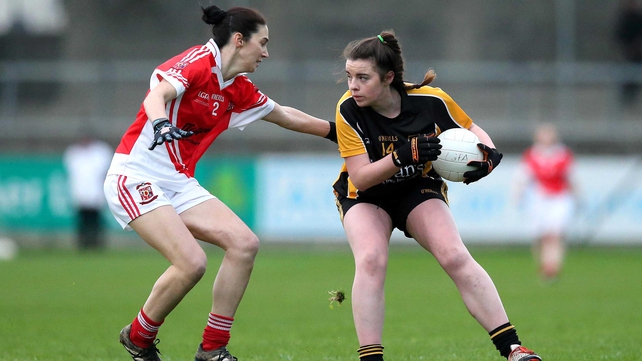 At the other end, Doireann O’Sullivan shone brightly for Mourneabbey in the early exchanges before Síle O’Callaghan and Bríd O’Sullivan added scores before half-time.

Mourneabbey could consider themselves unfortunate not to have broken through for a goal but superb goalkeeping from Martin kept them out.

Martin did brilliantly to deny Laura Fitzgerald with a full-length diving save in the tenth minute before repeating the trick approaching half-time, as Bríd O’Sullivan’s effort was tipped over the bar.

The sides traded scores on the resumption but McConnell lifted Donaghmoyne spirits with two superb long-range points, both from frees.

Mourneabbey’s leading scorer Doireann O’Sullivan and Sandra McConnell swapped points but when McConnell nailed a free with six minutes remaining, it established a lead that Donaghmoyne would hold until the finish.

And Donaghmoyne’s victory was capped by two sensational late points from Hazel Kingham, as Mourneabbey were left as final bridesmaids once again. 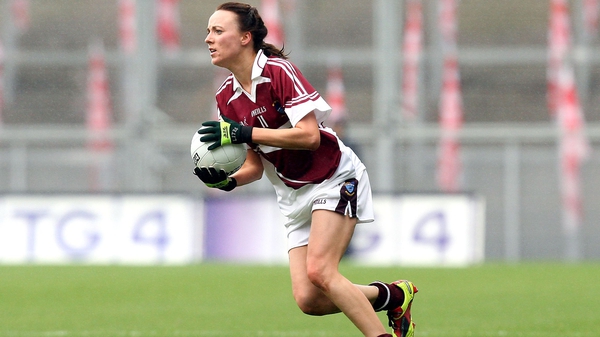