Goals either side of the break from Tomas Dunne and Garrett Sinnott elevated Oulart-The Ballagh to the maiden AIB Leinster club hurling title success that the club has craved.

Frank Flannery's men finally came good in a provincial decider at the seventh time of asking having lost four Leinster finals in a row between 2010 and 2013.

They were good value for the breakthrough win too at Netwatch Cullen Park  with a strong start helping them to an eight-point half-time lead.

Sinnott's 44th-minute goal put them a dozen points clear before a final-quarter Cuala revival that partly redeemed the Dubliners' reputations but only glossed the scoreline.

It was a fully merited Oulart win and after previously dispatching the Laois and Westmeath representatives they will meet Na Piarsaigh of Limerick in a February 6 All-Ireland semi-final.

Oulart carried years of hurt into the decider with six final failures from their six attempts, a tale of woe stretching back to the early 1990s.

The Wexford men were particularly frustrated to lose to considerable underdogs Mount Leinster Rangers of Carlow in the 2013 decider. 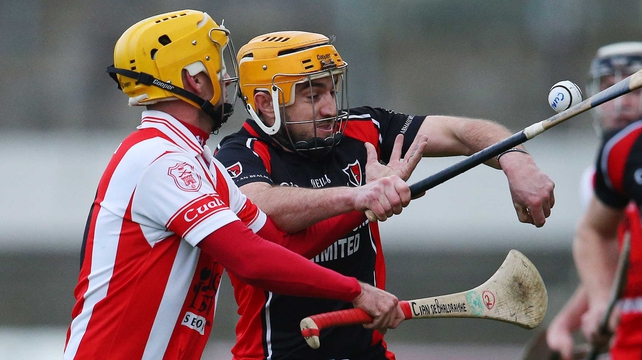 They failed to advance beyond the quarter-final of the Wexford championship last year but regrouped to regain the county title this year.

And they were delighted to enter their latest provincial final as underdogs themselves against a Cuala side bang on form.

The Dalkey outfit impressed when picking up a first Dublin title in 21 years before accounting for the Offaly and Kilkenny champions in Leinster.

Oulart hit the ground running at the Carlow venue though and roared into a 1-7 to 0-2 half-time lead.

They were aided by a strong wind though and took advantage of it to launch over a number of points from distance including an 85 metre free by their top scorer Nicky Kirwan.

That 25th-minute score was Kirwan's second point and with Tommy Storey firing over three also, Oulart led 0-7 to 0-2.

They perhaps needed a greater advantage going into the second-half given the strength of the wind and duly grabbed a priceless goal before half-time.

Tomas Dunne was the finisher though county midfielder David Redmond did brilliantly with a surging run and clever handpass into space. 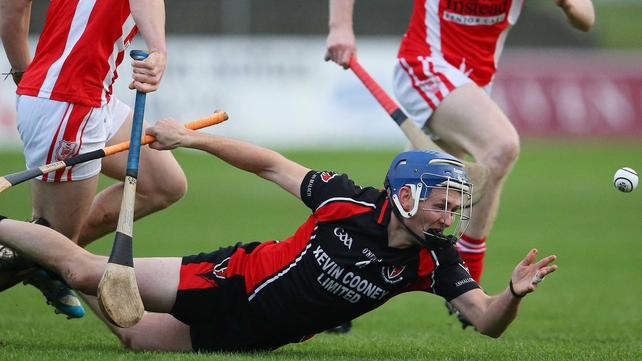 Unfortunately for Cuala, the wind appeared to lessen for the second half, reducing their advantage.

They weren't at their best anyhow and points early in the second-half from Oulart duo Kirwan and Dunne pushed them 1-7 to 0-2 up.

Cuala went a full 25 minutes without scoring between the 13th and 38th minutes before David Treacy finally pointed, his second converted free.

Even in the tricky conditions, it wasn't going to be enough to secure silverware and Oulart, in truth, rarely looked to be in any trouble.

The game was officially up in the 45th minute when Oulart got their second goal. It was a disaster for Cuala 'keeper Sean Brennan who spilled a long ball in, allowing Garrett Sinnott to kick in.

Cuala at least finished strong with Treacy taking his personal tally to 10 points by full-time though they'd simply left themselves too much to do.