Joe Kernan says the door is always open to players from so-called weaker counties to represent Ireland in the International Rules series.

The winning panel included nine current All Stars for their 56-52 victory over Australia on Saturday but also featured players from Longford, Clare, Tipperary, Laois and Kildare, counties that rarely get the chance to challenge for major honours in the game.

The fact that the game give these footballers recognition means a lot to the former Armagh boss.

“No disrespect to Longford but Mickey Quinn or Gary Brennan from Clare, they mightn’t win the All-Ireland but they wore the Irish jersey and wore it with pride and played exceptionally well,” he told 2fm’s Game On.

“So from that point of view it’s great. There’ll be other players in other counties that we’ll be certainly looking at for next year.

“If you’re working with the best players in the country, it’s hard not to enjoy it.

"From Dermot Earley, Pádraic Joyce and Darragh Ó Sé, the three boys with me [in management].

“Just to work with these players is fantastic. The camaraderie that has grown before it [is great].

“We went out about three weeks ago, we went out together for a few beers, I think there was 40 with us.

“As soon as we got on the bus you could hear the noise, the craic was good with them.

“As soon as we got on the bus you could hear the noise, the craic was good with them"

“They certainly enjoyed it and I must say it was very emotional when the national anthem was being played.

“I spoke to [former Ireland rugby captain] Paul O’Connell a few weeks ago and when you’re wearing an Irish jersey it means so much to you and not everyone gets a chance to do that."

Kernan also added his support to efforts for the game to be taken to America and to revert to a two-Test series, concepts mooted by both AFL and GAA representatives in recent weeks.

He said: “There is room for two games. Everybody left there Saturday evening saying, ‘I wish there was a game next weekend' to see out they would fare out.

“The supporters would have the appetite for it.

“[The GAA and AFL] had a meeting last Friday and the reports back were that Australia were every bit as much up for it as the Ireland are.

“They talked about New York next year. If we go out to Australia that we play in New York first and then play in Australia or if Australia’s coming here, we go to New York and then they come to Ireland. 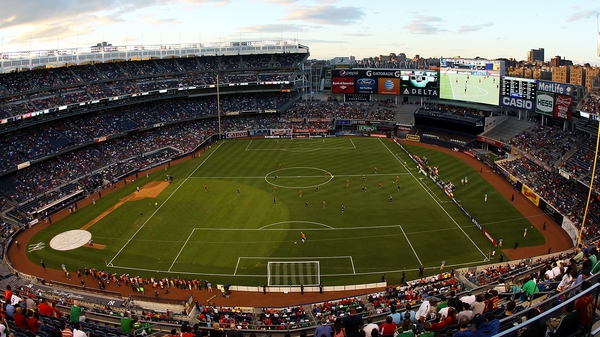