Oisin McConville says it wasn’t a big call to reintroduce Jamie Clarke to the Crossmaglen Rangers team on Sunday.

The wandering star recently returned from travelling and was left on the bench for the start of Cross’s Ulster Club Senior Football Championship semi-final win over Kilcoo.

Clarke came off the bench for the final five minutes and though he failed to score, manager McConville said it was the right decision to put him back into the action.

Clarke has missed much of Rangers’ season after taking the decision to travel after Armagh’s early All-Ireland SFC exit during the summer.

“It wasn't that big a call. He's as much a member of this club as anyone else, he's back training a couple of weeks and he's slotted right back in,” said the boss, speaking to RTÉ Radio 1's Sunday Sport.

“The quicker we could get him on the pitch the better. Jamie prefers slightly better conditions than we had, slightly less blustery and mucky, but he's fitted in seamlessly.

“He's a player who works hard on his game - he's the first to training and the last to leave along with Tony and Aaron (Kernan) and boys like that.

“That's the big thing - he's slotted back in and everyone wanted him playing.”

Cross are ten-time Ulster and six-time All-Ireland champions yet haven’t taken the provincial crown since 2012.

According to McConville, this is too long and a statistic they are intent on changing in the final against Monaghan’s Scotstown on Sunday, November 29.

“Watching on isn't what we're about - we're about competing at this level. No better time of year to be playing football.

“It was mucky against Kilcoo and all those sort of things, but those are the days you really want to grind out a result.”

With players like Clarke and the Kernans Crossmaglen have massive experience, though this year they are giving younger players their chance too.

Teenager Oisin O’Neill is just out of minor and he kicked an inspirational point to help set Rangers on their way.

“He's my nephew, that was his first start at senior level and he found it tough going at stages, but kicked an unbelievable point just at the start of the second half that really got us going,” noted McConville.

“All those experiences will stand to him and to us. The big thing is that he wasn't on his own - he had a lot of his mates out there and they all stood up really, really well.

“We have eight minors from this year's minor team so we are a team going in the right direction.” 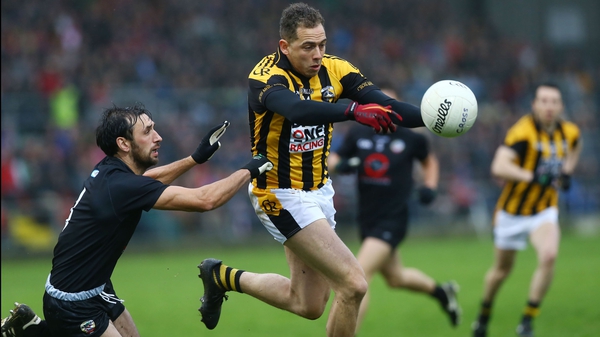