Jim McGuinness doesn’t believe that passages from his book damage the Donegal footballers, saying that he is just giving an honest account of his time in charge of the county.

The Glenties man, who led the team to All-Ireland glory in 2012, axed player Kevin Cassidy and assistant Rory Gallagher, the current manager, during his reign.

Cassidy contributed to a book on the Ulster Championship in 2011 which, according to McGuinness, revealed inside information and was duly removed from the panel.

Gallagher left the Donegal set-up in 2013 and recently said he was disappointed by "inaccuracies in the book", referring to McGuinness’s memoir, Until Victory Always.

Asked about any double standards between Cassidy’s case and his own detailing of events, McGuinness, who stepped down after the 2014 All-Ireland final defeat to Kerry, told RTÉ’s Second Captains show: “In the same context as Alex Ferguson writing a book after he stepped away, it's after the event.

“The situation with Kevin was everything that we were doing in that moment .

“Every single method that I was bringing to what we were trying to achieve was laid bare in that moment.

“I'm gone now and there's another man managing Donegal. That's why Alex Ferguson has written his book now, because he's gone from the Man United job. It's the exact same context with me.

“That's what people do. They explain what happened when they were in a job after the event, not during the event."

Asked about the comment that Gallagher had made referring to some of the older members of the panel having had their day, McGuinness replied: “That's what happened. It's in the book.

“If I didn't put in the book what happened, people would be saying that I fudged things. There's 320 pages in the book but we're talking about Kevin Cassidy and Rory Gallagher now.

“I've done a lot of interviews in the last few weeks and that's been the tone. Whereas the book is about much much more than that.

“This is what sells and people love conflict. Tomorrow morning, you'll wake up and see something in the paper about it.

"They'll be looking for Rory to comment on it. Rory's in the job now and I wish him well and I wish the boys well. They need to get after that Ulster Championship and everybody needs to move forward.” 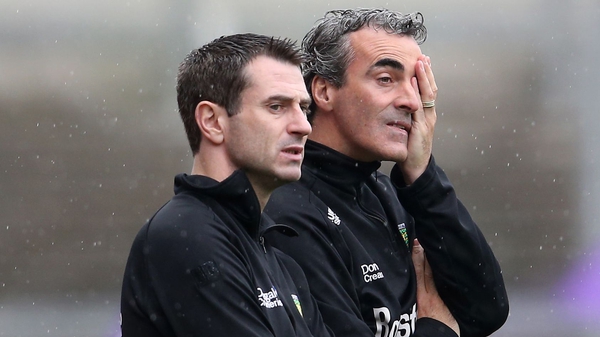 Rory Gallagher hits out at Jim McGuinness over book revelations