GAA President Aogán Ó Fearghail believes it is "important" Dublin are taken out of Croke Park to spread the game and boost provincial venues across Leinster.

The Leinster Council will decide tonight whether or not to take Dublin out of Croker for their championship opener against either Laois or Wicklow next year.

Dublin won their fifth Leinster SFC championship in a row in July with a 2-13 to 0-6 destruction of Westmeath, and lifted their third All-Ireland in five seasons after a 0-12 to 0-9 victory over Kerry at a rain-sodden Croke Park.

Ó Fearghail talked up the vibrancy and passion of the Dublin support and is confident both the team and their supporters would embrace the chance to go on the road.

"The Leinster Council will decide that and I will fully respect that decision, but I have been on record in the past as saying that I believe that counties should go wherever the venue brings you," he told RTÉ Sport.

"That includes Dublin, absolutely. Wouldn't it bring lovely colour to see Dublin arrive into any of our provincial venues? I believe they should do that and I know that Dublin themselves and Dublin supporters would also welcome that."

The Dubs last played a championship game outside of Croke Park back in June 2006, when they travelled to Pearse Park in Longford for a Leinster opener, and county chairman Sean Shanley has said it’s a "done deal" that the reigning provincial champions will be on their travels for their 2016 opener.

“Dublin have often done this in the past. It’s a general principle that when a country has a venue that is able to host the match then it should be given that match. We’d the same issue some years ago," Ó Fearghail added.

"Donegal were All-Ireland champions, they were due to play Tyrone, many were calling for the game to be moved to Clones to increase capacity and we said: 'No, Ballybofey is well able to host a home game'.

"It's a reduced capacity, money isn't everything, it doesn't matter at times at all. It's more about spreading the game and giving the local people a choice, so to see Dublin play in a provincial venue I think is important." 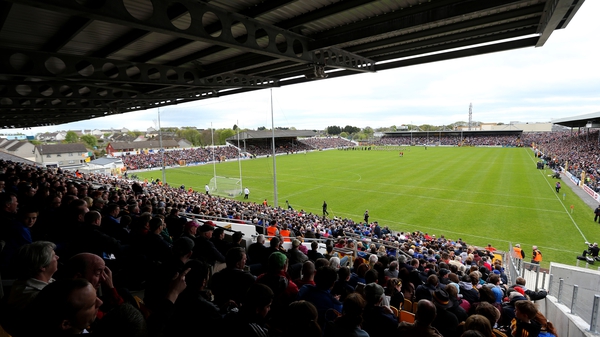 Decision due on venue for Dublin's Leinster opener