All-Ireland champions Corofin began the defence of their Connacht SFC title in impressive fashion when they proved far too strong for Leitrim champions.

Corofin won the toss and captain Michael Farragher opted to play against the strong breeze at Tuam Stadium.

As a result the game was over as a contest by the interval when the All-Ireland champions led by 0-10 to 0-02.

Michael Lundy ran the show for the Galway champions, kicking four points from play in that opening half and also involved in setting up several other scores.

Mohill tried to keep as many men as possible behind the ball but Corofin were patient and kept building phases.

Two points from Lundy and one from Martin Farragher gave Corofin an early advantage before Mohill midfielder Domhnaill Flynn went forward to kick their opening score after eight minutes.

But it was a brief reprieve with Ian Burke responding with two excellent scores for the champions.

Ronan Kennedy, who got the winning goal in the Leitrim county final, landed a good score from 35 yards after 14 minutes but they failed to score for the remainder of the half despite having the wind behind them.

Conor Cunningham, one of three late replacements for a Corofin side who started without Galway star Gary Sice and Galway hurler Daithi Burke, landed a good point from the right.

Jason Leonard pointed Corofin’s first free of the game after 21 minutes and they finished the half strongly with two more points from Lundy as Ian Burke got his third to lead by eight at the interval.

Shane Monaghan extended that with his first point four minutes after the restart before Ian Burke and Lundy combined to send Michael Farragher through and the Corofin captain drilled the ball low into the bottom left corner of the net.

Kennedy pulled back a point for Mohill and Keith Beirne kicked three frees before the finish but Corofin just had too much class and continued to dominate to the finish. 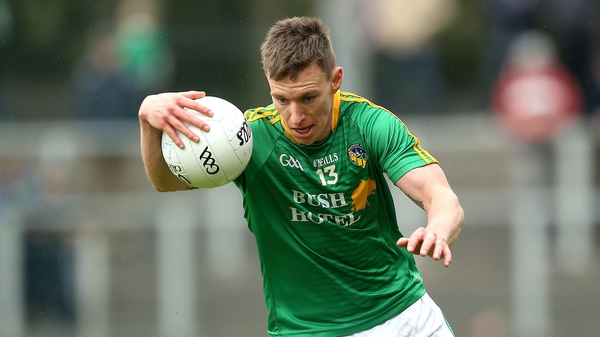