The GAA have confirmed that Dublin's Bernard Brogan will captain the EirGrid Ireland International Rules team in the upcoming series against Australia at Croke Park on 21 November.

The 2015 All-Ireland medal winner and former player of the year has been named by team manager Joe Kernan as the skipper ahead of a wider panel announcement early next month.

Brogan, whose brother Alan has also represented Ireland, replaces Michael Murphy, who led the Ireland challenge in last year's narrow defeat to Australia in Perth and in the home series win the previous year.

Brogan said: "It is both an honour and a privilege to not only represent Ireland, but to captain the national team too.

"As Gaelic footballers, opportunities to play for Ireland and pit our skills against athletes from other nations and codes are few and far between, and next month we will test ourselves against arguably the strongest ever Australian team to come here.

“Not only do they include the best of the AFL in terms of talent but they have experience of this code in their ranks, not least with their management team, whose exploits both in their domestic game and indeed in this code, are proven.

"It’s a challenge we will relish and I look forward to working with Joe and his selectors and all of the lads on the panel to do our best to keep the Cormac McAnallen Cup in Ireland.”

Team manager Joe Kernan added: “I wish Bernard well in what is a coveted role. He is following in the footsteps of many great footballers in accepting the role and it is something he is sure to embrace.

Tickets for the Croke Park encounter, which will also mark the 95th anniversary of Bloody Sunday, are currently on sale via www.gaa.ie  and participating SuperValu and Centra outlets, priced at €25 for adults and €5 for children. 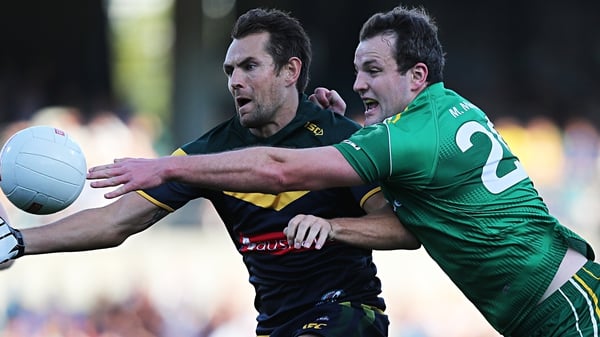