Dublin have decided not to appeal Philly McMahon's one-match ban.

After reviewing video footage, the GAA's Central Hearings Committee upheld the defender's proposed suspension arising from an incident involving himself and Kerry's Kieran Donaghy in the All-Ireland final.

McMahon's hand made contact with Donaghy's eye in the closing stages of Dublin's triumph, although the defender subsequently denied any attempt at gouging.

McMahon will now miss Dublin's opening match of the Allianz League against Kerry in Croke Park on 30 January.

Dublin chairman Sean Shanley told the Irish Examiner: "He had a hearing and that’s where we will be leaving it.

"We felt it was harsh, he was challenging for the ball with the player who was on the ground but we won’t be going any further with it.”

Elsewhere, Iggy Gallagher and Paul Devlin have been appointed as Tyrone minor managers for the next two years. 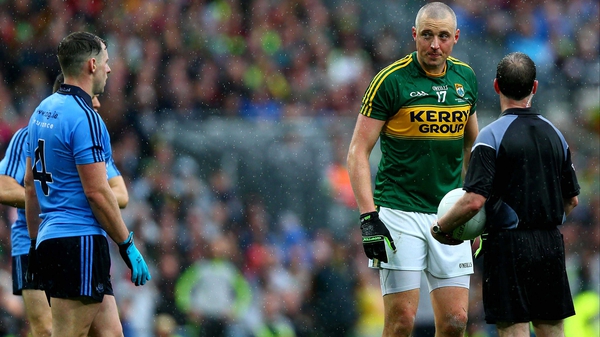