The Dubs ran out 0-12 to 0-09 winners at headquarters but the margin could have been bigger as they twice went close to scoring goals in the second half, including midfielder Bryan Fenton's shot rebounding off the post.

"I thought it was a good game. Both teams really went at it," Gavin told RTÉ Sport. "There were a lot of errors, obviously with the conditions, but Kerry stuck right in there to the end. But we hung on and we're delighted to get the result today.

"We had a couple of goal chances. Bryan Fenton had a great chance in the second half to put it away, it was great to see him back himself, such a young player. We always encourage it.

"But Kerry are full of talent as well and they could have poached a goal at any stage so we're just delighted to get the win, and I'm very proud of the boys that they took the opportunity."

Gavin insists that Dublin were wary of Kerry's goalscoring potential right to the last and indeed a late green flag for the Kingdom would have forced a replay.

"We knew we were playing a really good team in Kerry and it was always going to be down to the fine margins," he said.

"Kerry have a potent forward line so we knew at any stage they could breach our defence.

"Overall, the players won their individual battles, which was what required against a very good team."

Dublin have now bounced back from last year's semi-final disappointment against Donegal to record their second league and championship double it three years.

"They've put serious effort in to this year," said Gavin. "There was a lot of sacrifice and they're a determined bunch of men. I'm very happy for the players."

"That's the just reward that they got today but they knew that they had to go out and win it and we're glad they did.

"We weren't good enough last year against a very good Donegal side but we were good enough today." 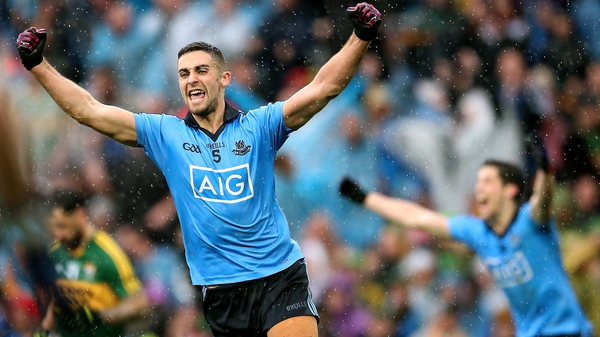