Jim Gavin believes an undercooked Dublin will improve in time for next week’s All-Ireland SFC semi-final replay against Mayo.

The Dublin manager watched his side give up a seven-point lead inside a frantic final 10 minutes at Croke Park and both teams will have to do it all again on Saturday next back at GAA HQ after the match finished level, Dublin scoring 2-12 to Mayo’s 1-15.

The Dubs appeared to be coasting with a penalty from Diarmuid Connolly and a goal by sub Kevin McManamon looking like it would condemn Mayo to another championship exit.

But the Connacht champions raised a green flag of their own off the spot through Cillian O’Connor and finally drew level, courtesy of an Andy Moran point in the dying minutes.

Gavin was philosophical after the match. Speaking to RTÉ Sport’s Clare McNamara he said: "That’s the nature of football. We were in a very dominant position in the middle of the second half but Mayo came very strong at the end and we’re just happy to get another chance.”

Dublin won the Leinster championship at their ease and also had a relatively easy victory over a spirited Fermanagh in the quarter-final.

Gavin added: "That game will do us the world of good. We haven’t played a game like that all season so fantastic to get, four weeks since our last game. That will really bring the boys on so we’re very excited for next Saturday."

Refereeing decisions and unsavoury incident dominated the post-match analysis. “There some marginal calls. For them to get 1-08 from frees is a lot.”

Diarmuid Connolly is likely to miss next week’s game due to that red card. “It was a very physical game with both sides giving their best. But we have a big squad of players and everyone is hungry for time so I’m sure there’ll be no problem the next day.”

Mayo also benefitted from a late penalty awarded when Keith Higgins hit the deck with a crowd of Dublin players around him. Gavin said of that decision: "He seemed to drive but one would have to have a closer look on the tape. These things happen in games and the referee made the call in a split-second. We can have no complaints. Joe (McQuillan) did his best. He is one of the top referees.”

Gavin is hopeful that full-back Rory O'Carroll will be fit for the replay. The full-back was forced off inside the opening minutes after a clash with Cillian O’Connor. “Something happened off the ball. You’d have to have a closer look at that. His eye was closed. Please God he’ll be OK for the next game.” 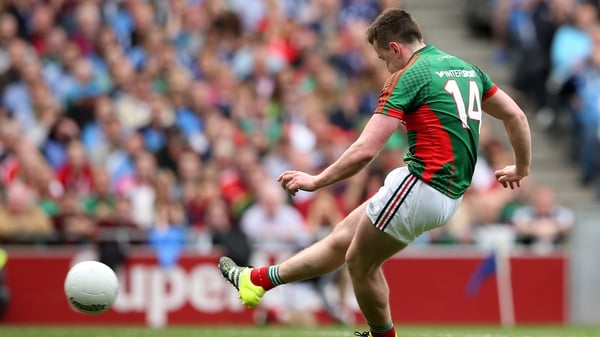