ONLINE
Live blog on RTÉ.ie from 1330 on Sunday

WEATHER
Both Saturday and Sunday will bring a mixture of sunshine and showers. Temperatures will range from 15 to 18 degrees.

For the third time in four seasons, Dublin and Mayo meet in the All-Ireland series. The score stands at one win each. Their latest coming together promises to be another intriguing affair and will be played out in front of a full house at Croke Park.

The sense of intrigue is heightened in that both teams know each other very well, but crucially both have adapted their approach to deal with defensive puzzles.

Aidan O'Shea's placing on the edge of the square has given Mayo a real threat. He destroyed Sligo in the Connacht final and his goal against Donegal the last day was the catalyst for victory. If O'Shea is on song, then Mayo could be too. How Rory O'Carroll deals with the Breaffy man will be crucial - but then there are so many match-ups that could ultimately decide who faces Kerry on 20 September. 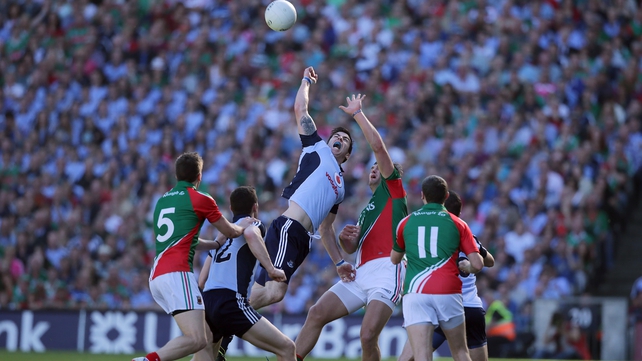 In midfield, Mayo are well served with Tom Parsons and Seamus O'Shea. Much focus, as a result, will be on Stepeh Cluxton's restarts. If Aidan O'Shea is key for Mayo, then it goes without saying that Cluxton's ability to pick out his man has been instrumental in Dublin's success in recent seasons. This was clearly emphasised in the 2013 All-Ireland final meeting between these sides.

The expected tussle between Keith Higgins and Bernard Brogan is another fascinating thread in the narrative. RTÉ analyst Oisín McConville is full of praise for Higgins' work rate, but has doubts over the rest of the westerners' full-back line. Former Tyrone legend Peter Canavan, however, has spoken about a new "dynamic" in Mayo that he thinks can limit the Dublin attacking threat.

Sunday will tell a lot. Dublin have not been road-tested this year, but one is inclined to go slightly against Canavan's prediction. Dublin's greater pace and the fact that nearly half their team are natural score-getters should see them over the line. But only just.

Kildare are back in the semi-final for the first time since 1991. They were impressive in their run through Leinster, but they had to battle to stave off a second-half rally from Cavan in the quarter-final.

Tipperary, All-Ireland champions in 2011, are 70 minutes away from another crack at Kerry following on from their Munster final defeat in early July. The Premier County got the show back on the road with a hard-fought 1-10 to 0-06 win over Galway the last day. Alan Tynan led the scoring charge with 1-05.

Eamonn Ryan’s Cork remain on course for a tenth TG4 All-Ireland ladies senior football crown in 11 seasons. The Rebelettes held off a spirited second half fightback from Galway at the Gaelic Grounds in the quarter-final. Ciara O'Sullivan and Valerie Mulcahy were their scorers-in-chief, contributing 1-7 of their 1-12.

Kerry were much more impressive in disposing of Mayo in the last eight. Goals from Louise Ní Mhuircheartaigh and Megan O’Connell set the Kingdom on their way. They will now have the chance to complete back-to-back wins over Cork following success this year's Munster final.

It promises to be a tight affair at the Gaelic Grounds. 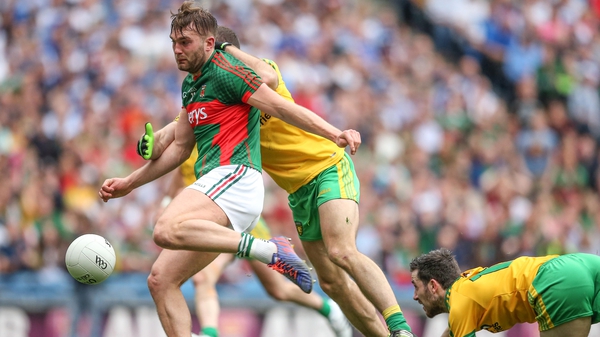