Tyrone's Tiernan McCann has had his proposed eight-week ban lifted after a meeting of the GAA's Central Hearings Committee in Croke Park last night.

McCann had been charged with "misconduct that is considered to have discredited the association" after throwing himself to the ground in an incident that led to the sending-off of Monaghan's Darren Hughes during Tyrone's All-Ireland quarter-final victory earlier this month.

The proposed suspension had been criticised as excessive in some quarters due to simulation being an existing offence that only warrants a yellow card under GAA rules and that was essentially the finding of the CHC, which said in a statement: "The Central Hearings Committee found that the Infraction as alleged was not proven but that the facts proven disclosed the less serious Infraction of attempting to achieve an advantage by feigning an injury for which he should have been cautioned and shown a yellow card."

McCann will now be free to play in Sunday's All-Ireland semi-final against Kerry.

McCann's team-mate Conor Meyler also had the black card he picked up in the Monaghan game rescinded last night. 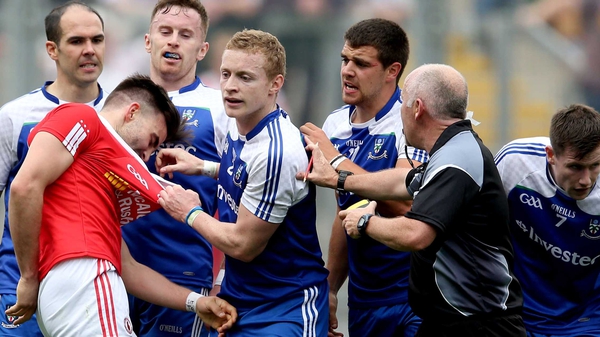