Mayo defender Lee Keegan took much satisfaction in the manner in which Donegal were kept at bay during the Connacht's side eight-point victory in Saturday's SFC All-Ireland quarter-final at Croke Park.

Keegan turned in a man-of-the-match display and helped himself to 1-02 as the Green and Red progressed to a semi-final date with Dublin on 30 August.

After the game the Westport clubman was keen to highlight Mayo's defensive showing that resulted in Michael Murphy being the only forward to score for the Ulster side.

Speaking to RTÉ Sport, Keegan said: "Defence is something we pride ourselves on. In the Sligo game (Connacht final) we conceded a high score in 2-11. That hurt us a lot. We know Donegal are good to get goals so it was great to keep them out. I thought Ger Cafferkey had a great game on Michael Murphy. We’re happy not to concede goals."

On the subject of green flags, Mayo found a way through either side of half time en route to their 2-13 to 0-11 victory, with Keegan grabbing the second of those goals, though it did look as if the Mayoman was going for a point.

"Defence is something we pride ourselves on" - Lee Keegan

When asked about it afterwards. Keegan was somewhat coy when saying: "It's a hot topic all right and I'm not sure I can tell you here today - maybe some other time."

On a more serious note, the 25-year-old felt that Mayo's opening goal from Aidan O'Shea was crucial in giving them the momentum to drive on after a close opening quarter.

"The first 20 minutes were tight and there was a lot of hard hitting and a fair bit of physicality. That’s what we were expecting but then the first goal gave us great momentum before half time and we were then able to really push on in the second half.”

However, Keegan did point out a downside and added that "we had the opportunities to kill the game a bit earlier and that's a concern.”

Looking ahead to the semi-final, Keegan sees it as "a huge, huge game.”

"Dublin are the team to beat but we will focus on the job in hand. We're on the road long enough not to let any of the hype get to us." 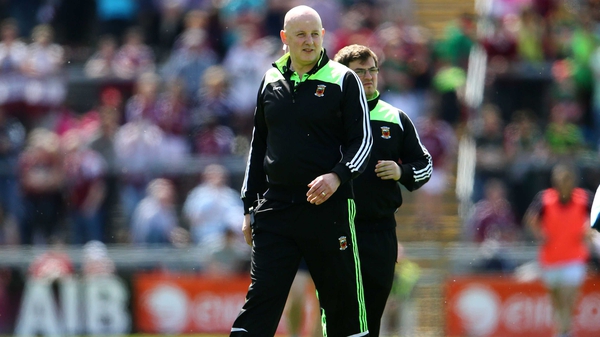