For Galway, it was all so easy in the end against Cork in the All-Ireland SHC quarter-final clash at Semple Stadium.

Once Jonathan Glynn, with some deft stickwork, goaled after 52 seconds, the dye was firmly cast. A somewhat rudderless Cork had no answer as they slipped to a 12-point defeat. The Tribesmen score tally of 2-28 was impressive, though a tally of 23 wides does take the gloss of things slightly.

For manager Anthony Cunningham, the focus now switches to Tipperary at Croker in three weeks' time and the work that will have to be done if Galway are to contest the final on 6 September.

"We'll be knuckling down again on Tuesday and getting back to an improvement programme that will be needed for the Tipp match," Cunningham told RTÉ Sport.

"We need to tidy up on our shooting and be a bit tighter in defence. Against, Tipperary we'll have Seamus Callanan and John O'Dwyer to contend with. They were tremendous when we played them in the qualifiers last year. All told, Tipp have tremendous forwards and that's a new set of problem we've got to deal with."

When asked whether the easy win over the Rebels was ideal preparation ahead of the semi-final, Cunningham added that "you can't beat matches and it's just great to play in games.

"Tipperary will go five weeks without a match and we'll go three. Which ever team improves the most from their last game will win the next day," he concluded. 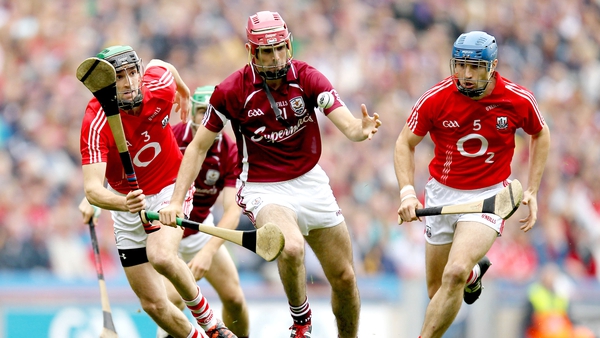